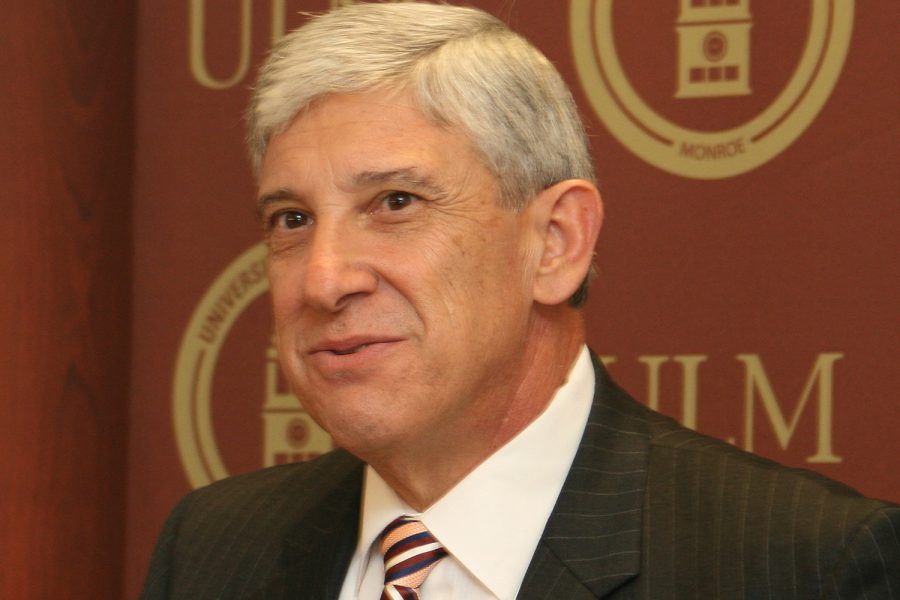 Nick Bruno was selected Friday afternoon in Baton Rouge to be the University of Louisisna at Monroe’s eighth president.

Regardless of the controversy concerning a letter from the ULM Foundation with their concerns about Bruno, he rallied the most support in a 13-0 vote.

The foundation, which is a private organization that handles major fundraising for ULM, publicly opposed Bruno in a letter addressed to the Board last week.

Bruno, who found support in Monroe Mayor Jamie Mayo, looks forward to working with others who are just as passionate as he is about bettering the university.

“I will work very hard to build a certain type of synergy to satisfy the mission of having a great institution,” he said.

Bruno and his wife, Linda, are determined to give ULM the full attention that it deserves after half a semester without a permanent leader.

“Linda and I will dedicate ourselves. Thank you very much,” Bruno said.

ULM faculty and students who made their way down to the state’s capitol for the event found their resolve in Thomas Moore. Moore was a big hit among ULM students also, having a Facebook page created. Students showed their support for Peter Fos by also creating a Facebook page in support of him.

Brook Sebren was a voting committee member from the beginning of the search, and served the board as a represent ative for the student body.

He withheld his vote, finding it his duty to act honestly on part of the students.

Bruno told the Board he was ready to get to work and can start as early as one week.