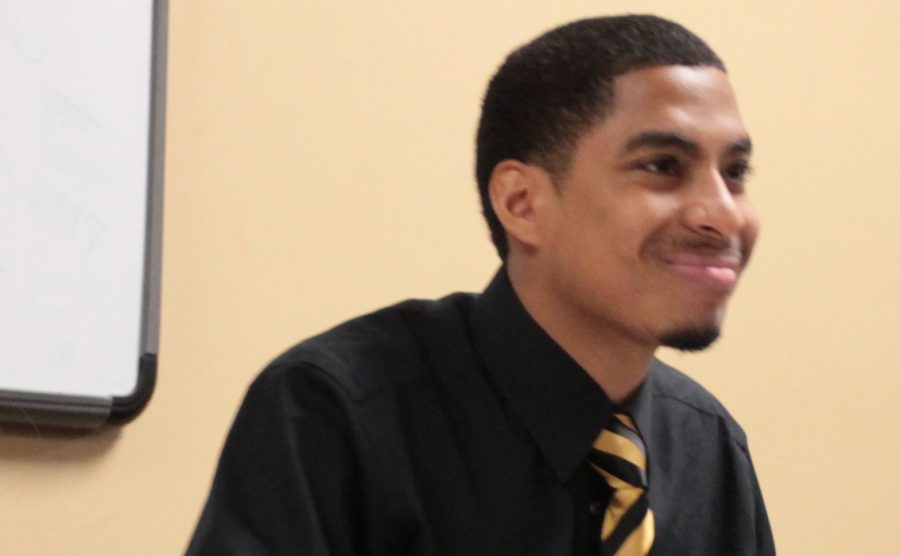 Laura Knotts, SGA adviser, read off the list of the 2015-2016 officers as the candidates nervously waited to hear their names called.

Marc Calhoun was one of them. He won the president seat.

Calhoun has years of experience in SGA and currently serves as the secretary. The results left him speechless when he heard his name called.

“It brought great excitement after figuring out I won,” said Calhoun, a senior biology major. “Being able to not only return to SGA, but be the leader to help push this great organization to bigger heights, making even greater impacts.”

Calhoun is more than sure about the direction he plans to go as president, being more visual on campus.

He believes getting students involved by sharing their concerns is something that will progress the campus the way it needs to.

“Students open up when their engaged and more hands on so we’ll definitely be looking to find the mediator between being hands on  and keeping the problems and the concerns of the university first,” Calhoun said.

Calhoun is also aware of the issues students are most concerned about. But through the dealing of those issues, he hopes to keep one thing alive, school pride.

“We need to figure out ways to get our students to bleed maroon and gold not only around campus, but at their homes as well,” Calhoun said.

Adrian Lejeune presently serves as president and will graduate in May.

Calhoun said he has learned many things under her leadership and appreciates the job well done.

Chelsea Wyatt is currently the head of campus projects and student services. She said no one is more qualified than Calhoun.

“Not only is he about the business but he is about the people,” said Wyatt. “His leadership skills along with his humble spirit are incredible.”

Calhoun said he is eager to begin his duties as president and to start making positive changes.

“Get ready to make an impact to the community and to making student’s time at ULM a memory never forgotten,” Calhoun said.