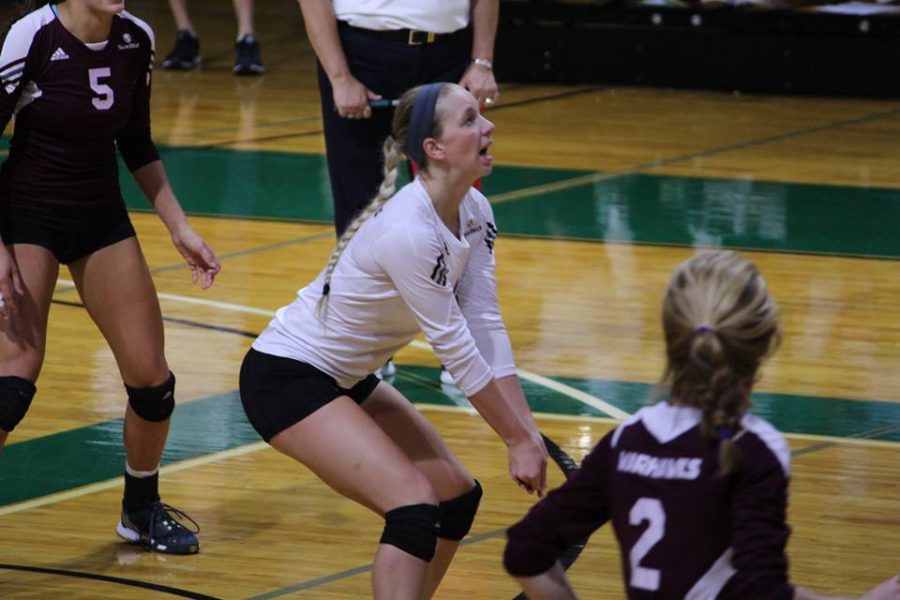 A 2-1 set deficit and the exhaustion which comes from the last leg of a five day, 1,400 mile road trip were not enough to deter the Warhawks as they won their second five set come from behind victory in a row against UAB Monday.

The match began with the Warhawks fending off a late charge by the Blazers to take an early 1-0 set lead.

After falling in a second set which featured 12 ties and 18 leadchanges as well as in the third ULM looked on the verge of defeat.

The team battled back in the fourth winning a tight one before going into the final and closing the match out for another come back win.

Coach Hiltz  was pleased with the tenacity her team showed.

“To win back-to-back matches coming from a 2-1 deficit each time shows a lot of heart and determination,” Hiltz said.

The Lady Warhawks edged out the Lady Cajuns in a five set match Friday night making it the first victory over the ULL Ragin’ Cajuns since the 2011 season.

The Warhawks were lead by Junior Taylor Zaeske who tallied a career high 19 kills, as well as Sophomore Bayleigh Hoffman who led the team with 49 assists.  Many other Warhawks added to the stat line giving the team a total of 59 kills.

Coach Patrick Hiltz was proud of the all out effort her team gave.

“The only real explanation for how we won is the grit and determination that this team continues to show night in and night out. They simply refuse to lose,” Hiltz said.