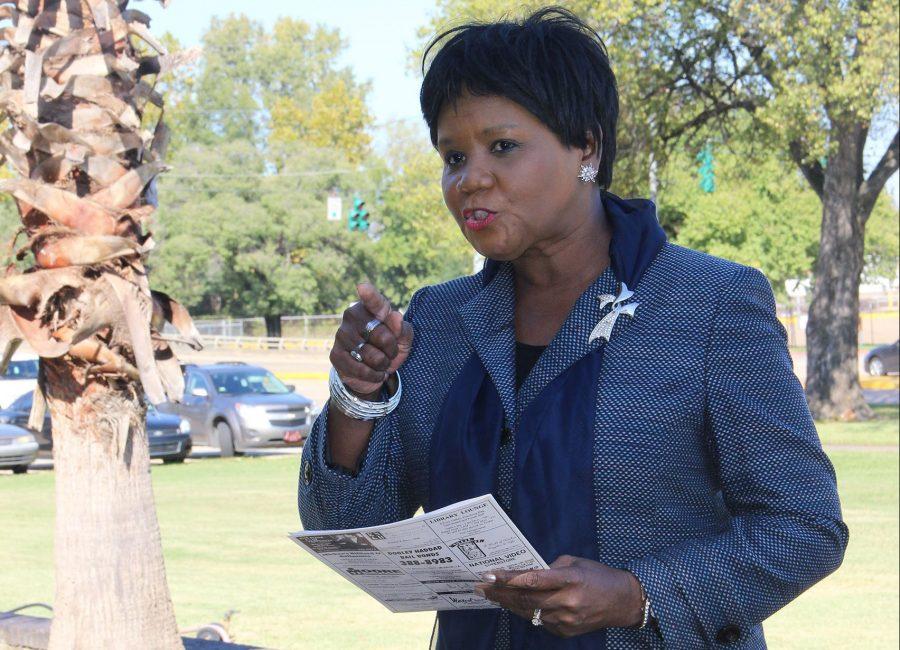 She watched as her supporters told stories they shared with her. Now, it was her turn to speak.

Betty Cooper, instructor of school of accounting and information service, stood in front of friends, family and media and formally announced her candidacy for City Councilwoman of District 5 Tuesday morning on the steps of City Hall.

Cooper said she’s ready for the challenge and responsibility if elected.

Public figures and church members were all in attendance to hear Cooper’s announcement.

Ouachita Parish Police Jury member and Cooper’s campaign manager Pat Moore, District F, was one who spoke highly of Cooper. Moore said she supports Cooper and have no doubts she is fit for the job.

“She will come in and make good decisions for the community and decisions that God will be pleased with, “Moore said.

Cooper did not tell her platform, but she said she wants to be the councilwoman the community will know. In return, she wants know the community’s concerns.

“I’m going to ask them. I’m going to survey this district,” said Cooper. “I really want to make it to No. 1 district.”

Some students said they are not surprised to see Cooper wanting to be more involved in the community. In fact, one said she would encourage her students to exercise their civil duties.

“I remember her for was always mentioning at the end of each class that we need to be sure to vote and to stay knowledgeable of the people who were running for office,” said Lucas Breaux, junior finance major.

“She would even remind us to vote in her emails. That’s one thing I know students who take her classes for will respect and admire about Betty Cooper,” Breaux said.

“She gives guidance and insight on the decisions we make as an organization,” said James. “NAACP [on-campus chapter] supports her in her decision to run.”

Cooper is no stranger to the public. She has been out in the community registering citizens to vote and has helped many register for health care.

“Moving into this position will be an easy transition for me because I have already been service. So, we’ll see if they will elect me,” Cooper said. “If not, I’ll continue doing service.”