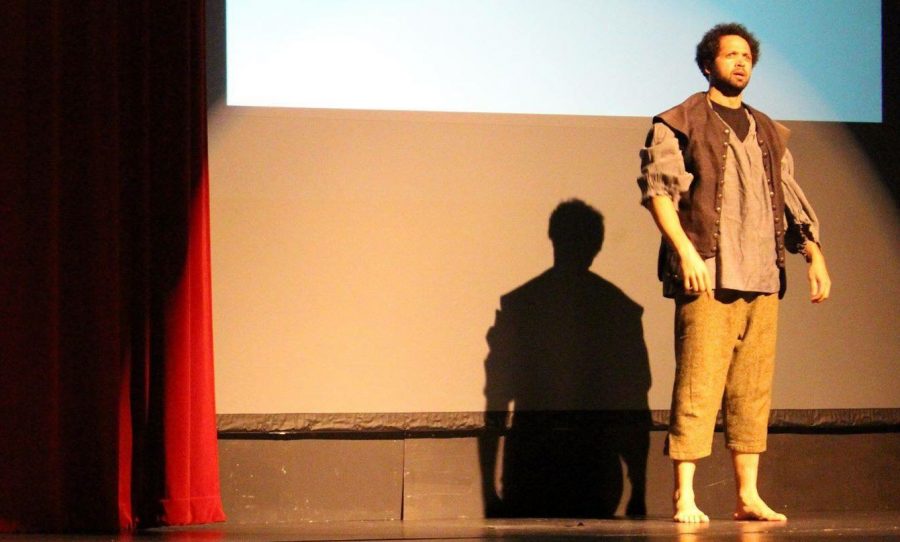 No one can really tell you what it’s like being black in America unless you are black living in America. Langston Hughes once said the American way is to be “as little Negro as much American as possible.”

Soul of a Nation, created by Colin Cox, a European Caucasian man, is a performance about African American History. In honor of Black History Month, Soul of a Nation was brought to the ULM campus.

Kaici Gordon, a junior biology major, said, “I thought they would have watered things down and things wouldn’t have been as vividly clear, but they explained everything clearly and didn’t sugar coat anything. It was what we needed to hear.”

Will & Company opened with some of the stereotypes that African Americans often face. “Often told that the color of their skin and the kinks and curls in their hair is something they shouldn’t be proud of. That if they speak too properly they ‘talk white’, if they dress in baggy clothes or are seen standing on a corner they’re a ‘thug’.”

Textbooks taught students about slavery, only touching on some of the major contributors like Harriet Tubman and Dr. Martin Luther King Jr.

Soul of a Nation brought the raw and real reality of African American history; discussing topics such as black men, black women, blind justice and hair.

By the end of the performance most of the audience walked away with a better understanding of what true African American history is.