Oozing for a good time 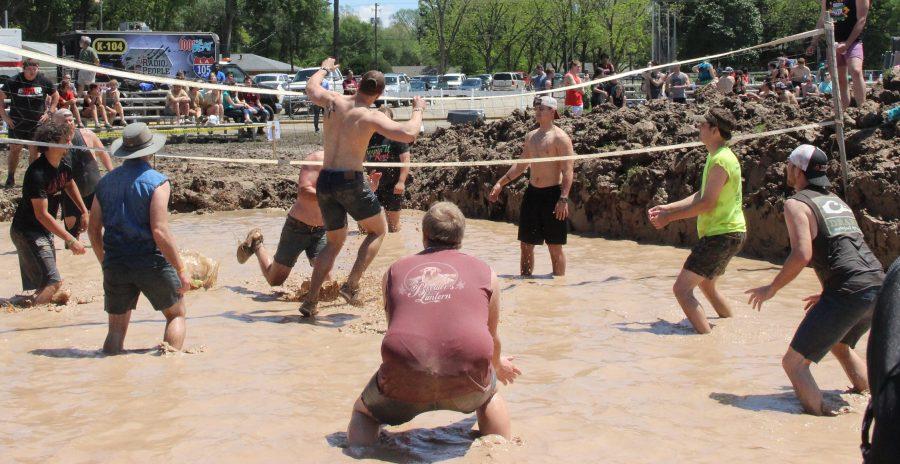 Yugdeep Belbase participated in the Oozeball Friday for the first time this year. Belbase, a freshman biology major, is an international student from Nepal. He played on the “Mud, Fun, Peeps” team, which consisted of members from the Honors Program.

Belbase said that this event is similar to one back home.

“We have the annual Harvest Festival that falls in the end of June. People gather in their fields and throw muddy water at each other. This marks the arrival of harvesting season,” Belbase said.

Students, faculty and staff formed teams and competed on Warhawk Field for a chance to be champions.

Every year, the oozeball courts are dug into the ground and filled with water. These mud pits are used to play a more difficult and dirtier form of volleyball. At the end of the event, the pits are filled in with dirt until next year.

“We struggled until the end. Teamwork matters the most. We played with full enthusiasm and did not let our team spirit fall at all,” Belbase said.

“You get the whole campus involved and it’s a great time to come together and have fun in mud,” Gerfers said.

Gerfers said the most enjoyable part was seeing all the people from different organizations coming together.

“We can have a comradery together and a friendly competition,” Gerfers said.

“Golden Set Warriors” won the tournament in the co-ed category. “Balls Deepest” won in the women’s category and “Pursuit of Happiness” won the gold among the men.

While everyone else was getting down and dirty, Miss ULM Sarah Torregrossa was getting eggs smashed over her head. Torregrossa, who will be competing for the title of Miss Louisiana this year, was raising money for Children’s Miracle Network Hospitals by letting people break eggs over her head for a dollar.

The fundraiser, called “Egg the Queen,” was scheduled to be held in the Quad earlier in the week but was later postponed to the oozeball event due to bad weather. 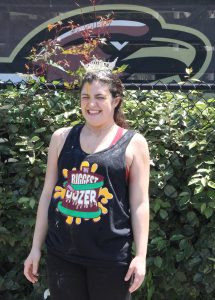 Torregrossa said that she has raised more that $12,000 for the network through various events. She raised $27 at the oozeball tournament.

“I am still working for my goal to raise more. The fundraiser is for the sole purpose to support the children,” Torregrossa said.

Justin Roberson, a senior general studies major, participated in the fundraiser and paid for three eggs.

“I have things given to me and this was the best platform to payback. It gives me great satisfaction to help people in need,” Roberson said.