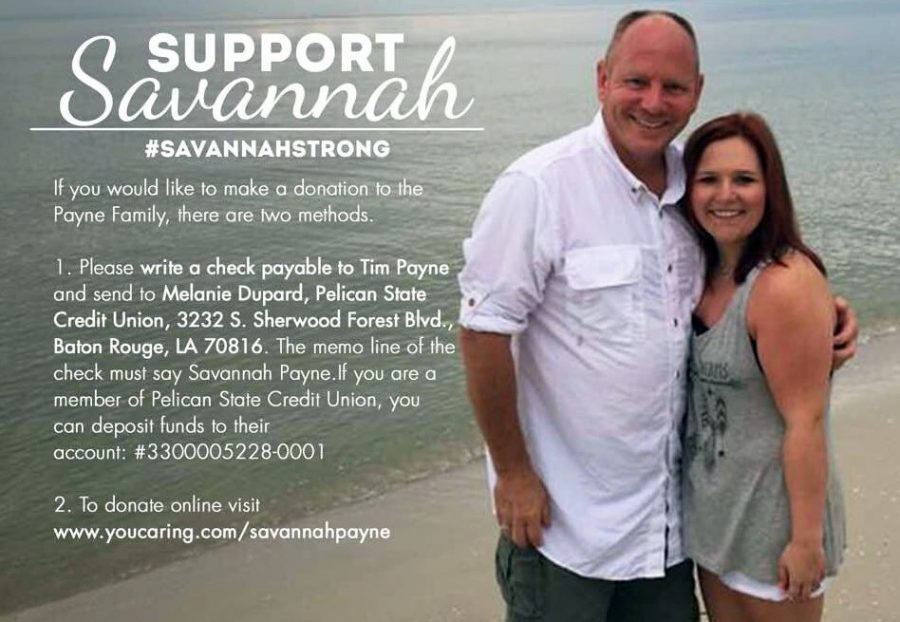 Since last week, Payne has been conscious but is reportedly still largely unaware of what is going on around her.

It has been about a week since Payne’s story blew up big on social media, and now her parents are keeping the public updated through a Facebook page called “Prayers for Savannah Payne.”

The page, which has been liked over 3,000 times so far is updated daily.

The most recent update to the page, made on Sep. 16, said that Payne is still fighting a hard fight.

Her fever was still high, her heart rate was concerning and she was scheduled for dialysis on Friday night.

Her family asked for as many prayers as possible.

Payne was rushed to the hospital at the end of August due to seizures, according to a KNOE article.

Payne’s mother, Stephanie Payne, said she coded and was brought back over the course of her battle.

Payne’s father, Tim Payne, said doctors didn’t think her condition was due to an infection because her white blood count wasn’t high.

Doctors eventually discovered she had a staph infection plus strep, but severe side effects from some medications and treatments to lower her body temperature forced doctors and her parents to make the tough decision of cutting off parts of her arms and legs to save her life.

Payne is currently staying in Shreveport.

Those who wish to donate to Payne’s family or keep updated can visit the “Prayers for Savannah Payne” Facebook page.

There are shirts for sale on the page that also benefit the family.