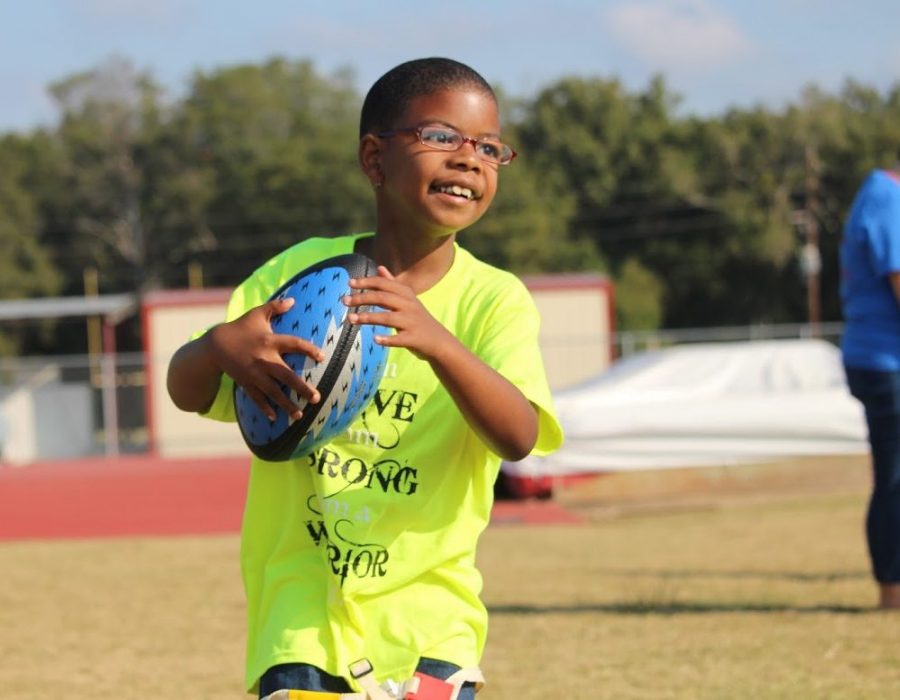 It was all about endless energy and excitement last Friday during the Special Olympics at the Brown Stadium track.

The event was organized by Kappa Beta Gamma Sorority, as their philanthropy, along with Northeast Northcentral Special Olympics Louisiana.

This was the first time the event was held on campus, and it had an estimated 450 active participants and 1000 overall participants.

There were four non-competitive events: banshee, horseshoe, flag football and soccer. The main purpose was to improve motor skills.

“Today, this is not a competition,” said Kimber Hanchey director of the Northeast/ Northcentral Special Olympics team management. “It’s mainly just a fun day for them to get out of the classroom, get in the sunshine, breathe God’s air and just enjoy being alive.”

According to Hanchey, the competitive phase of the event would take place during spring.

Every group had an equal ratio of participants and volunteers assisting them.

One volunteer, Rebecca Walters, taught the kids to throw a football for the flag football event.

“I have two cousins who are both special needs,” said Walters, a junior public relations major. “I can’t be with my cousins, so it helps me kind of be with them through this cause.”

Walters said the event was a humbling experience.

“You have to be more patient with them because sometimes they are not going to understand it or not want to participate through the whole activity,” said Walters. “You take things that you can do every day for granted, just normal physical activity that they don’t have that ability to do.”

Libby Ebarb, a senior kinesiology major and president of Kappa Beta Gamma Sorority said the event had a great response. Ebarb said the they had 30 members sign up to work within a day.

Special Olympics Louisiana is constantly in need of volunteers for their programs.

According to Hanchey, the volunteers just need to be positive, happy and energetic.