Collections will be relocated, not destroyed

No doubt that new home will be found for millions of plant and animal specimens, museum director says 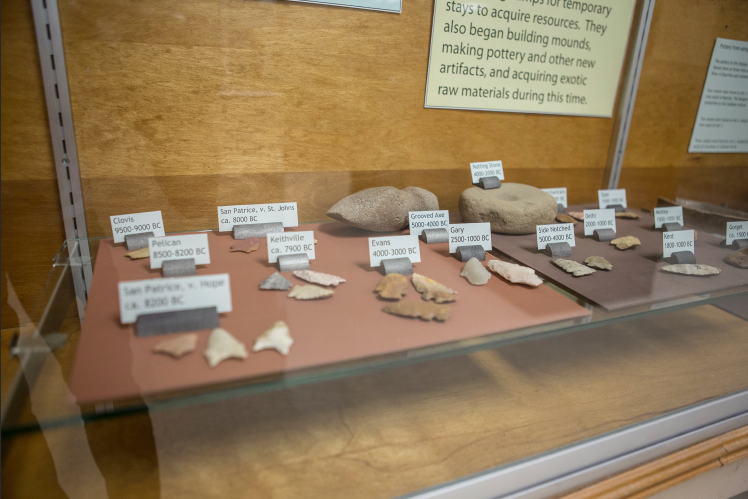 The specimens on view at the ULM Museum of Natural History are separate from the research collections that may be destroyed.

The director of ULM’s Museum of Natural History has called administration’s ultimatum to destroy the museum’s research collection “unnecessary.” Thomas Sasek, the museum’s director, said the collections will not be destroyed to renovate the school’s track because several institutions have already shown interest in housing them.

Monday, curators were told of the decision to relocate the collections from temporary storage in the school’s track facilities so renovations can occur. They were told the collections would have to be relocated by mid-July or they would be destroyed, Vice President Eric Pani said.

“You can’t throw away two of the most important collections in the South…Someone is going to be willing to take them, and it’s just outrageous to make that threat,” said Sasek in an interview with The Hawkeye on Thursday.

Sasek administers the museum’s Facebook page and made the original post Tuesday about the divestment that went viral and was picked up as a story by Gizmodo and the Washington Post. The Facebook post contained what Pani called “erroneous information” that could have made it look like the collections were to be destroyed in 48 hours.

Pani made the decision to relocate the collections after he recently learned construction to track facilities will begin in the summer.

Sasek was told about the decision on Monday by Sandi Lemoine, the dean of the College of Arts, Education and Sciences.

Curators were aware the collection could only stay in Brown Stadium temporarily, but thought they would be moved to another space on campus once moved out of Brown.

“The intent was that we were going to move it back onto campus afterwards, but there’s some other things going on that just don’t allow that to happen right now,” Pani said in an interview with The Hawkeye on Thursday.

Pani said these things are confidential at this point, but are academics-related and will probably be announced in the next couple of weeks.

Pani added that ULM no longer has resources to care for the collections. Maintenance is time-consuming, he said, and the collections must be kept under specific conditions.

“I’d rather see it go someplace else where someone can care for it and preserve it and it gets used than keep it here and see it deteriorate if we keep it. That’s the bottom line,” Pani said.

No one will lose their job when the almost 6,500 square feet of collections are relocated, he added.

According to Sasek, the collections won’t be moved back to ULM in the future because that “never happens.”

Now, both Pani and Sasek are confident that the collections will be moved to an institution that can care for them. Several institutions from Louisiana and across the nation have said they will house the collections, Sasek said.

The museum intends to keep the collections together and wants to move them all to one institution.

Sasek said he understands why the collections must be moved and that curators have thought of what would happen if the collections have to be moved off campus before. He did not expect to have to move the collections so quickly and said it will be possible, but difficult.

“You can’t just throw them in a truck,” he said.

Sasek received a $500,000 grant in 2009 to digitize the the collections’ plant specimens. A million specimens have been documented and are now being put online, he said.

Other professors are working on digitizing more of the collections, Sasek said, but the work is not finished yet.

The roughly $5 million project to renovate Brown Stadium will allow ULM to host track meets for the first time since 2011. The project is on the Board of Supervisors on April 20 meeting for overall project approval, Athletic Director Brian Wickstrom said.
The space the collections take up will be used to give the track and cross country teams locker rooms, Wickstrom said. The women’s soccer team will also get a full-size locker room. Track, cross country and women’s soccer coaches will also have office space in the building. Construction to the track is scheduled to begin in June, according to Wickstrom.