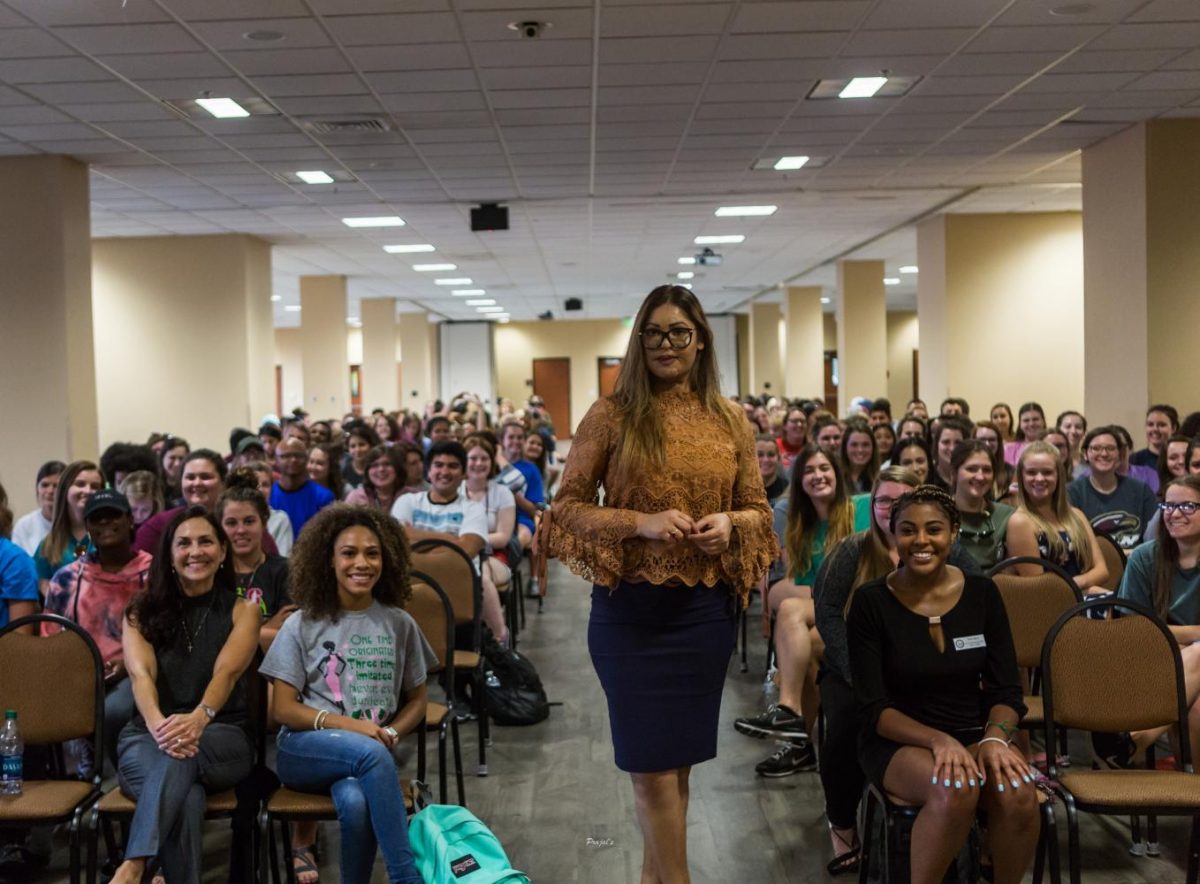 Beauty is on the inside not out. That was the message international fashionista MoniCa Singh had for students last week.

This is what makes her story even more powerful.

Singh was on her way home to visit her parents after spending time at college when she was attacked.

A man who she knew was stalking her convinced her to stop her car and roll her windows down.

While her car was stopped, two men ran up to her car with a bucket and splashed acid on her.

She thought it was coffee at first before noticing her clothes and skin were melting off.

After being rushed to the hospital, Singh was told by the doctors that her survival was dependent on her own will to live.

The damage was so bad after the attack, Singh’s own mother couldn’t look at her for over a month. Singh had over 40 surgeries to repair the damage done by the acid.

He said acid attacks are serious crimes and having a person who experienced an attack helps people understand the brutality of these attacks.

Acid wouldn’t stop Singh from reaching her goal of making it in the fashion industry.

She graduated from the National Institute of Fashion Technology in India in 2009 and has gone on to speak at the United Nations to advocate for gender equality and promote the end of child marriage and violence against women.

Recently, there was an acid attack on four American college students in France. Singh spoke to The Hawkeye about the attack after her speech.

“It’s not about the country, it’s about the mindset,” Singh said about the person who attacked the college students. “You are destroying that person’s life forever.”

Singh said there is no connection to religion or cultural customs and traditions with these attacks.

She said she has some words of encouragement for the students who were attacked.

“There’s always a cure for everything; do not lose hope,” Singh said. “Don’t lose will power. Willpower is one of the best medicines right now.”

Singh’s dad was a huge supporter of hers. Sadly, her father passed away in 2013.

Ever since his passing, she has been working hard in the industry, and she knew her appearance was a huge factor.

Her late father encouraged, saying she was fine and it would be okay.

It turned out well for her when a company hired her for her designs and her knowledge.

While Singh’s message may have focused on inner beauty, she also pointed out the importance of knowledge.

She encouraged students to learn, because even if we don’t want to acknowledge it, tragedies like the one she experienced are around every corner.

Singh wants students to believe in themselves and not care what others think.