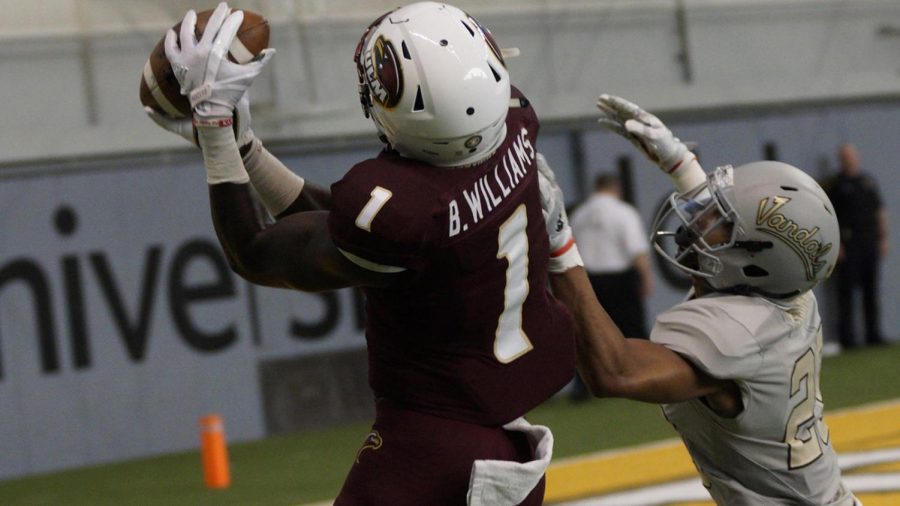 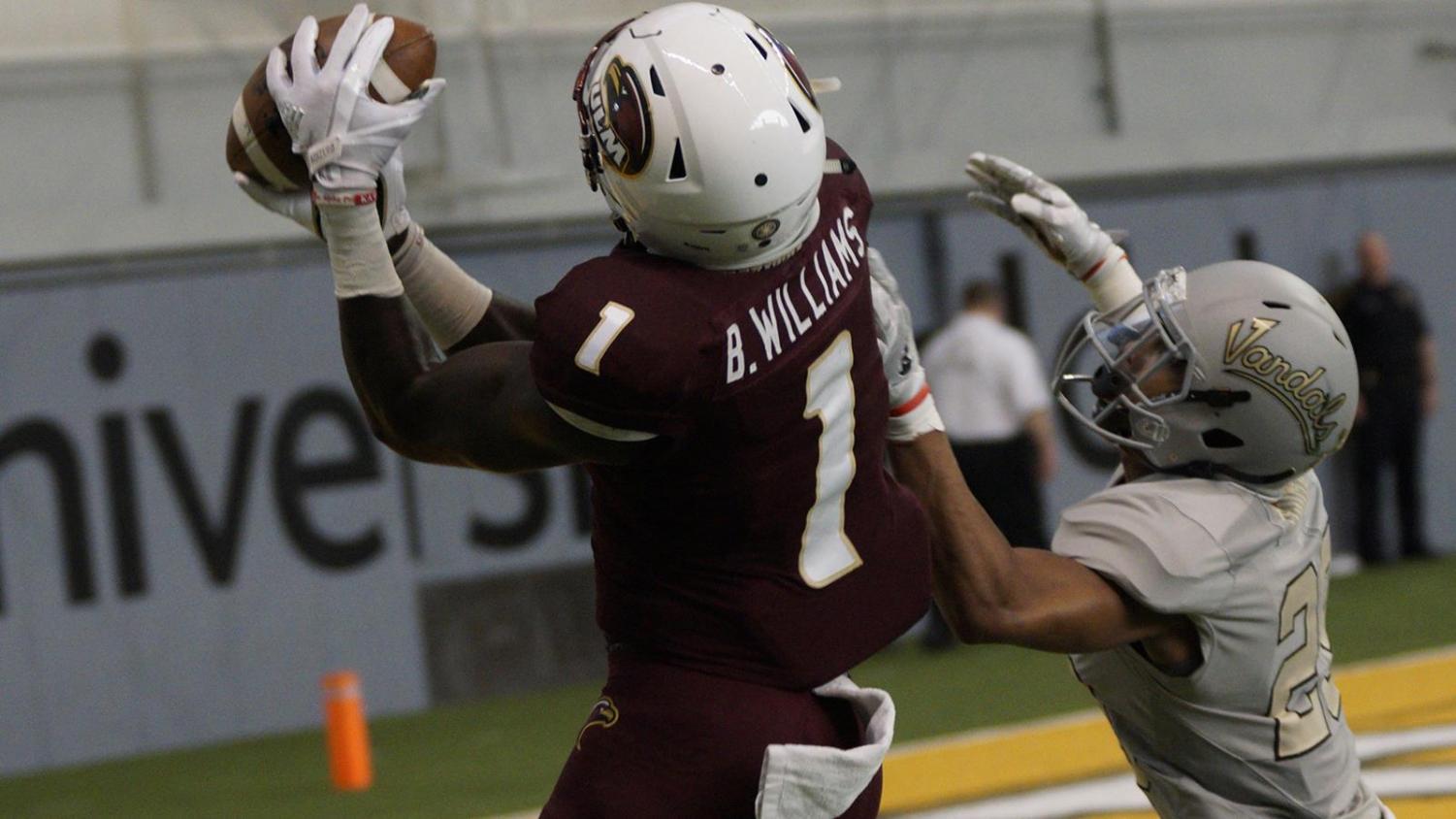 A great effort from the Warhawks late was not enough as they lost on the road to Idaho 31-23.

The Warhawks are now 3-5 overall and 3-3 in conference play.

“From an offensive standpoint, how many times can you get inside the 20 or 10 and not come away with points?” head coach Matt Viator said. “That’s the last few weeks, and right now, that’s the difference.”

Sophomore quarterback Caleb Evans had a rough game in the first half, but he came alive in the second half and finished 24-37 with 415 yards, three touchdowns and an interception for the game.

Senior Brian Williams had his best game of the season.

He finished with eight receptions for 145 yards and a touchdown.

“We had a heck of a comeback,” Williams said.

“We’re going to always fight to the end, no matter what.”

The defense was getting gashed by Idaho’s offense. 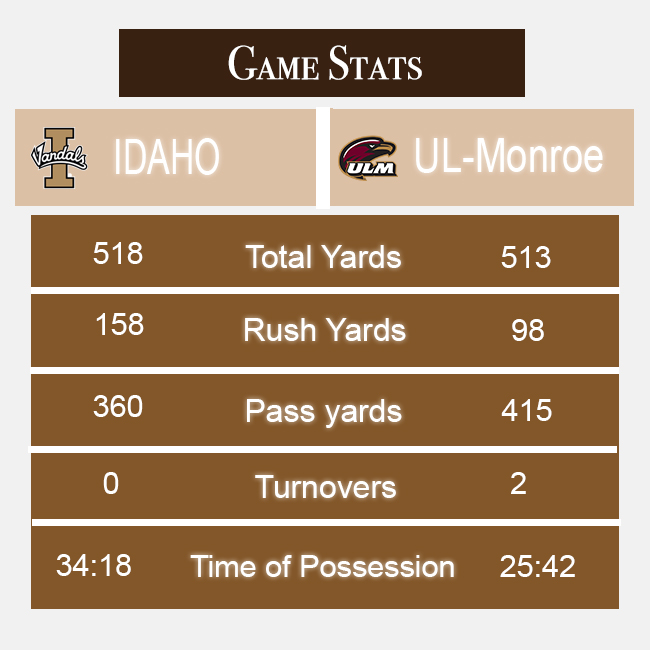 On their first possession of the game, the Vandals finished an eight-play, 75-yard drive to take an early 7-0 lead.

ULM looked to bounce back on its first offensive possession.

On the ensuing drive, the Warhawks turned the ball over on an interception from sophomore quarterback Caleb Evans that set up the Vandal offense in great field positon.

Idaho capitalized and scored on a six-yard touchdown run to push the lead to 14 early in the first quarter.

After giving up two touchdowns, the Warhawks were looking for a spark from the offense.

ULM was able to move the ball down the field but failed to capitalize and missed a 48- yard field goal.

Idaho took over, but the drive stalled as the Warhawks forced a punt.

ULM had a nice drive going.

They moved the ball 95 yards down the field, only to stall on fourth down at the goal line, shifting all of the momentum to the Vandals’ side.

Idaho drove a whopping 98 yards on nine plays to take the lead 21-7.

This touchdown came after a poor tackling possession from the ULM defense.

To make matters worse, the Warhawks gave up a last-minute touchdown before the half to give the Vandals a 28-7 lead going in to halftime.

In the second half, the Warhawks showed some life on defense by holding the Vandals to a field goal.

The offense put together a drive and scored on a senior receiver Brian Williams over-the-shoulder touchdown catch.

ULM was still down 31-16 heading into the fourth quarter.

On the next possession, ULM quarterback Caleb Evans made a miraculous play.

He avoided the sack, breaking two tackles and threw a strike to sophomore receiver RJ turner.

Turner made a clutch sideline catch to put the offense in position to score.

Following the play, the Warhawks scored on a pass caught by junior running back Derrick Gore to make the score 31-23 with the Vandals still in the lead with five minutes left in the game.

The Warhawks forced a punt and gave their offense a chance to tie the game down eight points.

The offense faced a fourth down on the goal line, but failed to complete the pass in bounds, sealing the victory for the Vandals.

Up next, the Warhawks will play at home against Sun Belt conference leader Appalachian State.

Kickoff is scheduled for 2 p.m.