After the ice-bucket challenge, bottle flipping craze and cinnamon challenge, a new dare on the internet is gaining popularity among teenagers dubbed ‘Tide Pod Challenge.’ But this one is a bit bizarrer than usual.

Teenagers are posting videos of themselves eating, choking on and even vaping the popular detergent product which is certified to be toxic.

Tide pods are brightly colored detergent capsules from Tide used as an alternative for liquid and powder detergent.

The product, also called the biggest innovation in the history of detergent in the past three decades, contained three brightly colored detergent chemicals kept in a transparent polyvinyl alcohol film capsule.

After a few years of its launch in February 2012, Tide Pods were found to be attracting young children to eat them because of their bright color, soft nature and pleasant smell.

They were also linked to the death of a child. So, Tide had to change the containers of Tide Pods from transparent to orange opaque.

They even added a caution sign asking parents to keep the pods away from the reach of children.

“Well, the Tide Pods challenge started off as a meme on Twitter because someone made a comment about how everyone has probably wanted to eat them. Eventually, people took that joke and started actually eating them because they wanted attention on the internet” says Salena Sinnasone, a freshman biology major at ULM. 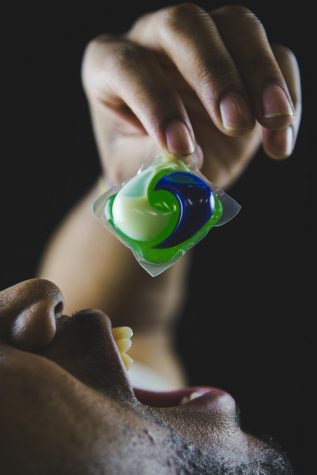 “I encourage people to not do this challenge. Internet fame isn’t worth putting yourself in the hospital.”

It has been reported that ingestion of even a small amount of the detergent chemical from the pods may result in diarrhea and vomiting.

A significant amount can cause seizures, pulmonary edema, respiratory arrest, coma and even death.

According to the Consumer Product Safety Commission, six adults and two children have died after ingestioning these pods.

“I can’t believe that we’ve gotten down to challenging each other to eat tide pods. I haven’t personally done it nor will I ever do it” says Susan Egbert, a third year pharmacy student at ULM.

“The ingredients are meant to clean clothes, not to be ingested. If there is a warning for babies, then it holds the same for the adults.”

The American Association of Poison Control Centers received reports that they faced 53 cases of intentional consumption of the product in 2017.

Due to the possible negative influence of the videos, Youtube have taken down the flagged videos related to this challenge.

The parent company, Proctor and Gamble said, “We have been working with leading social media networks to remove harmful content that is not consistent with their policies.”

Tide itself tweeted that the tide pods should be used for “Doing Laundry. Nothing Else,” and that eating a tide pod would be a bad idea, even as a joke.

“It’s not just the people. Social media should also regulate the stuff that goes on the internet. I know that they have taken the videos off the internet but a lot of damage has already been done. Many people have already suffered.” said Sameer Bhattarai, a sophomore Mathematics major.

“There should be more thought put on these issues because the internet is such a big part of our lives now,” Bharrarai continued.

“If social media sites started (and some have begun) fining individuals for inappropriate behavior and norm violations some silly, crude, dangerous, and criminal behaviors would change or decrease.

Our conscious level about the abuses of the internet and social media sites has not evolved high enough for some true and long-term solutions to emerge.” said Dr. Carl L. Thameling, a Communications Professor at ULM.

When asked about the roles social media can play on these issues, “Global, national, and local social media sites may take decades to have a clear ethical standard that is universal and followed by all who use a specific internet site.

Recently, some social media sites have implemented some solutions to curb such behavior. For the better, I am hoping.”

Despite the added pressure from social media and concerned parents, teens are still consuming the harmful product, filming and putting them online.