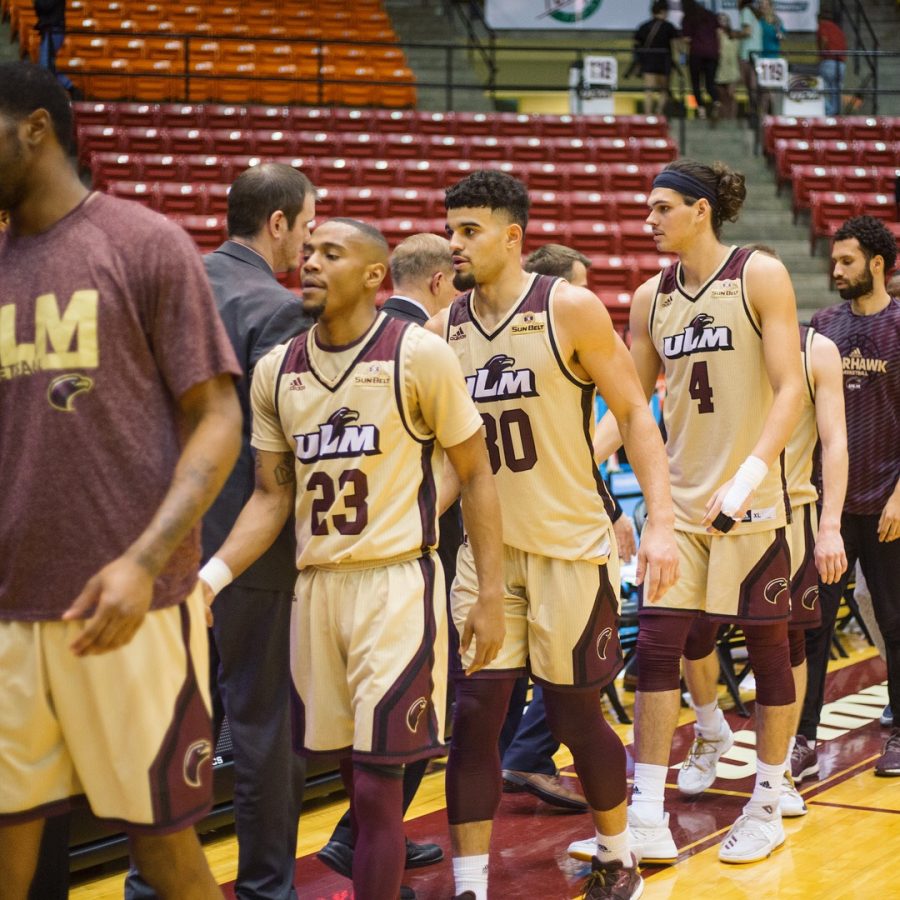 Shooting from behind the arc was a big factor in Saturdays lost to Troy.
Despite junior forward Travis Munnings posting another 26-point game and they only shot 38.5 percent from the field.
This loss ended their win streak at five. They are now (14-13) on the season (8-8) in conference.
With about 1:46 left the Warhawks were only down by three after consecutive threes from Munnings and senior forward McDaniel.
The score was 63-66 before Troy scored five consecutive points to take a 71-63 lead. ULM tried to battle back but came up short on a couple of three-point attempts.
At the start of the game the Warhawks looked comfortable with the overall flow.
Points came with ease as Munnings scored nine of their 19 points in the first half. McDaniel struggled in this game.
He shot 4-17 from the field and only scored 11 points. From behind the ark he only shot 20 percent.
Troy controlled the first half and led 35-29. At the start of the second half ULM was playing catchup.
Every time they would score, Troy would answer back. They connected on threes to counter the two-point baskets from ULM.
The key to this loss for the Warhawks came from their terrible three-point shooting. They shot 25 percent from behind the arc.
ULM is 11-3 at home, but on the road the team is struggling. They are only (3-10) overall which is a credit to home filed advantage.
Since the new year started the Warhawks are (8-14) overall including the unexpected five game winning streak.
With two games remaining the team will try to qualify for the top four spots in the Sun Belt Conference standings.
All of the top four teams earn a first round by in the tournament, but all twelve teams will participate.
They are battling for the fourth spot with Troy and UT-Arrlington. Troy is now tied with ULM in the fifth spot while UTA is at the fourth spot.
In the third spot, Georgia Southern is (9-7) in conference play. So, the Warhawks can make it to as high as the third spot. With two games left on the scheudule, ULM will face teams that they lost to earlier in the season in a back-to-back loss.
The next home game will be Mar. 1 against Arkansas Little Rock, Tip-off is scheduled for 7
p.m.