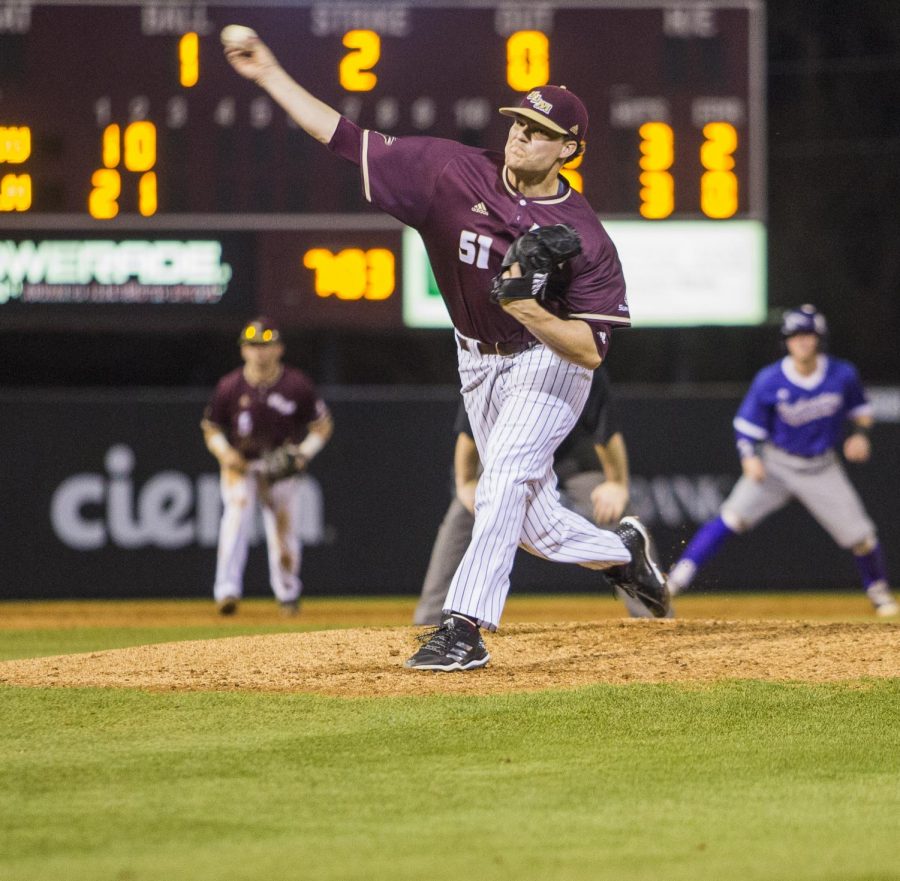 The baseball team started the season on fire.
They continued to stay hot as they faced off against the Northwestern State Demons in a single-game home series.
ULM was able to tally 11 runs on six hits to win comfortably, 11-6.
The win marked ULM’s third in their first four outings and came just before a fourgame series with the Northern Kentucky Norse.
ULM is now 6-1 on the season during their seven game home stand.
Four of the Warhawk’s six runs batted in for the game, came after a huge outing from junior infielder Peyton Lacoste.
He blasted a three-run homer in the eighth to extend the lead for his first homerun of the season.
Lacoste is leading the team with 16 total RBIs and batting a team high .435 on the season.
The Demons were first on the scoreboard after a sacrifice fly ball knocked in the first run of the contest.
The lead wouldn’t last long though as Lacoste got things going for the Warhawks.
In the bottom of the first on an RBI double knocked in Chad Bell for ULMs first run of the game.
After taking the 2-1 lead in the bottom of the first, the Warhawks didn’t look back, keeping a solid lead for the rest of the game.
Scoring in their next three innings, ULM built a 5-3 lead going into the halfway mark. After a fluke pitching display from Northwestern in the sixth, the Warhawks were able to tack on three more runs to their lead.
Two passed balls behind home plate and a sacrifice fly to center field to bring in junior Brendan Jordan pushed the lead to five runs with a score of 8-3.
NSU showed a little life before the seventh inning stretch, scoring two runs to bring the lead back down to just three.
But, Lacoste’s big bat was on full display as he hit a monster three-run homerun to left field in the bottom of the eighth inning to send the Warhawk’s lead to a game high of six runs, 11-5.
The final box score read 11-6 after Northwestern was able to score one more run in the top of the ninth.
The Warhawks have jumped to an impressive start, going 6-1 to start their 2018 regular season.
It’s the first time since 2009 that the team has got off to such a great start.
All six of their wins have come while at home.
They lead their current series with NKU 3-0 after a 21-9 victory Saturday with one game remaining.
They have scored over eight runs in their last four games.
In their seven games played, the warhawks have scored a total of 70 runs.
The home field advantage has kept the team together, and the chemistry is there.
The team is currently on a 4 game winning streak before Sunday’s game.
After finishing up the series, they will hit the road to face off against Jackson State in a single game series, then travel to Southern Illinois for a three-game series against the Salukis.
Their next home game will be against I-20 rival Louisiana Tech.
The game will be at Warhawk Field on Wednesday, March 7 at 6 p.m.