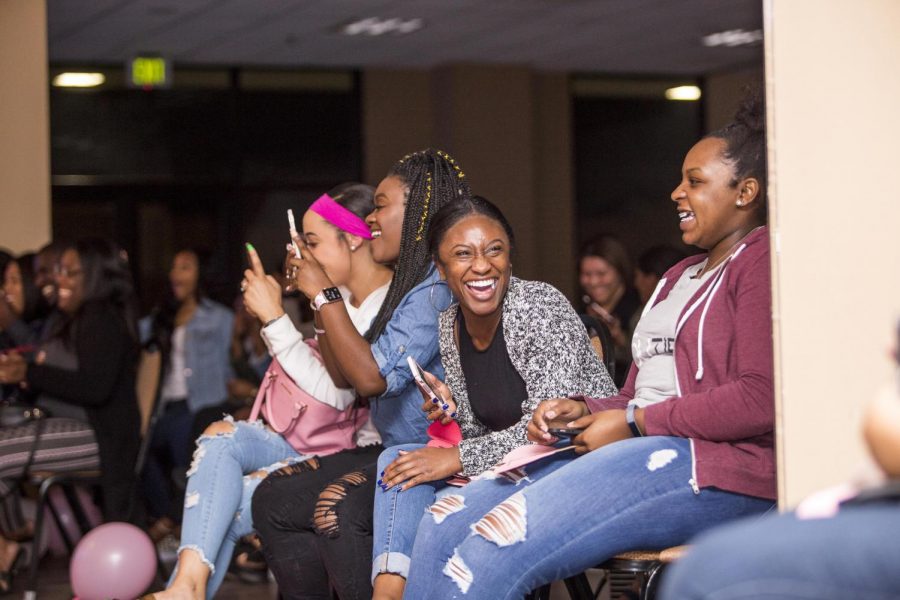 Imagine standing in front of a crowd of hundreds and getting ready to be auctioned. Now, imagine getting auctioned for a total of $210 as someone’s lucky date for the evening.
Toxicology junior Mykela Wilson was shocked when she was auctioned for $210. Wilson got auctioned for the highest price at the Theta Kappa chapter of Sigma Gamma Rho Sorority, Inc.’s second annual Date Auction last Monday.
The charity event had 21 contestants, selected mainly by the chapter’s recruiting team.
Attendees could bid for a date and, at the same time, help raise funds for a charity of the sorority’s choice.
Among the 21 contestants was 20-year-old Jasmine Belton. Pre- medical laboratory science major Belton said that she participated just “to put herself out there and have a little fun.”
As the auction progressed and the money began to roll, the crowd saw a wide range of contestants. Some participants represented Greek societies whereas some were military service-men. As part of the auctioning, contestants displayed their talents like twerking and singing.
Most of the contestants like communications major Jeremy Jones just wanted to get auctioned for at least some amount at the event.
“I am praying that I am auctioned for at least $20. After all, I did buy a whole new outfit for this night,” Jones said.
Bidding for each contestant started at $5. Some contestants were on stage hearing crickets, but some found themselves in the middle of bidding battles. Bids went from as low as $12 to $210. Compared to the first half, bids started to increase after the intermission.
Wilson was bid by ULM’s NAACP organization. She was not a part of the original contestants but got added in at the last minute. She shared that she was surprised to be bid for so much as she wasn’t even dressed up for the event.
“I didn’t have to perform anything. I just smiled and showed my dimples,” Wilson said.
According to Myeisha Hamilton Moore, president of Sigma Gamma Rho Sorority Inc., the turnout was better than previous years’. The organization didn’t have any set goal but wanted to raise as much as possible.
Entrance fee for the event was $2, but attendees could donate canned goods instead. Canned goods were later donated to the Northeast Louisiana Food Bank.
The event also had door prizes like Sonic and Visa gift cards that were given out during the second half.