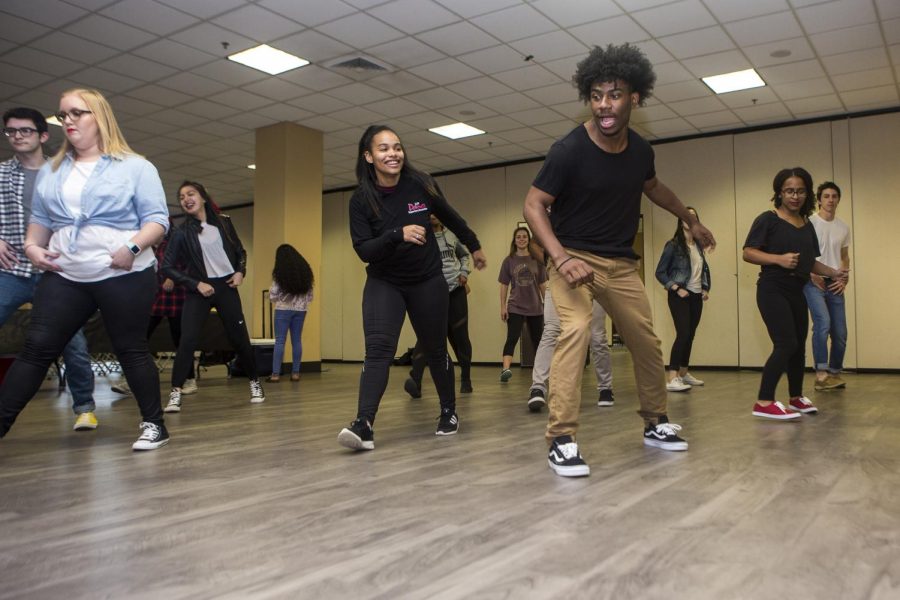 Chi Tau Epsilon continued their tradition and organized one of their many Date Nights last week. This semester’s theme was the 50s. Participants learned 50s’ dance steps and watched “Grease” after the dance lessons.
“The dance is unique and very fun to practice. Learning this form of dance has been my favorite part of this event,” said pre-pharmacy sophomore, Colby Glatter. “I also like the cosplaying part where we are in 50s fashion and dancing.”
According to Christina Truong, member of Chi Tau Epsilon, the turnout was similar to last semester’s. Last semester’s theme was 1920s, and participants watched “The Great Gatsby.”
“I am satisfied with the amount of people that have attended this event,” Truong said.
“The attendees showed positive responses to this event, and I also have never heard of someone not liking our event after attending it.”
Among the various dance steps taught that evening were “Stroll,” the “Cha Cha” and “Hand Jive.” The “Cha Cha” involved a person taking a forward step with their left foot while their partner moved the right foot back at the same time and vice versa.
Business administration junior Keila Thomas said that she enjoyed watching “Grease” at the end of the event.
“This movie is very original to its story and has inspired lot of people on following the 50s trend and fashion and has also inspired other writers to write similar stories for their movies,” Thomas said.
Along with learning how to dance, attendees enjoyed 1950s inspired foods like coke floats and onion rings. The event also had a raffle basket which included three DVDs, gift certificates and candy.