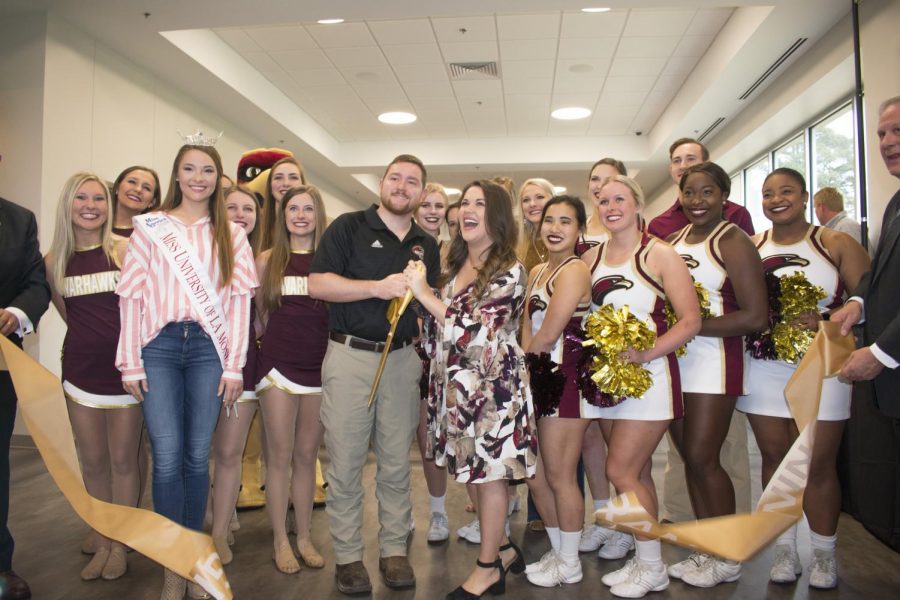 After waiting for years, the ULM community was finally invited to the grand opening of Bayou Pointe, the new event center paid for, 100 percent, by student fees.

There was an opening ceremony with guided tours in the morning and then, later that night, a gala.

“This building allows the community to come on the campus and enjoy the university better,” President Bruno said.

The Oxford Natatorium closed permanently in April 2014. The unused building became an eyesore for many people on campus.

The Oxford Natatorium was an indoor Olympic-size swimming pool, which served as the recreational hub for students for a long time.

Built in 1978, it was one of the first of its size in northeast Louisiana.

High operating and repair costs, along with the decline in student participation, were the main reasons for the closure.

Through the initiative of students and the Student Government Association, the student body voted to convert the Natatorium into an event center.

The $7 million project was funded by student fees collected through the Student Activities Enhancement Fee, approved in the fall of 2015.

Vice president of student affairs, Camile Currier shared that the event center will have space for a banquet hall, a bigger space for various spirit groups, a theater, a kitchen and a large outdoor seating area on the bayou.

“ULM’s student population has been growing, and this space will definitely allow for us to host events that will accommodate a large number of people,” said SGA president Bryce Bordelon.

Bayou Pointe will be a very special place for the students, not only for its amenities, but also because it is also going to be the very first building in ULM that is completely funded through student fees.

Along with the students and staff from ULM, the entire Monroe community has a reason to be excited, because the new facility will also be available for community members for big events with a reservation fee.

The brand-new facility is one of the many new expansions going on around campus.

Athletics began working on the new track and field facility.

The second floor of the library is also being renovated to serve as a study lounge and a place for commuters to spend time in between classes.