Money issues not only at ULM: Governor says funding problem not specific to pharmacy 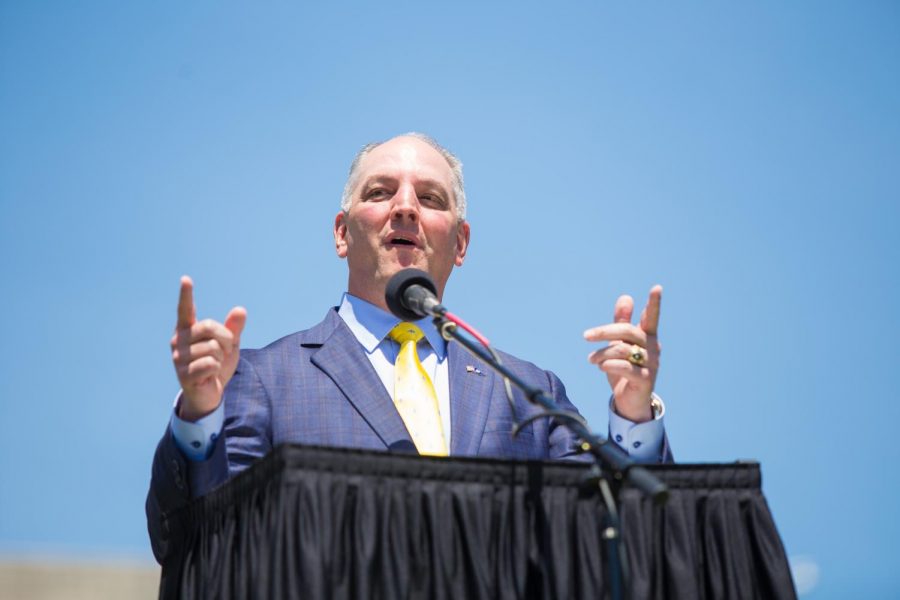 The University of Louisiana at Monroe’s Doctor of Pharmacy program in the College of Health and Pharmaceutical Sciences School maintains its status of accreditation with probation.

The probation stems from four different standards; the program is either partial or non-compliant with these four.

One of the biggest problems stem from Standard 23, Financial Resources.

According to the Accreditation Council for Pharmacy Education website, Standard 23 is defined as follows: The college or school has current and anticipated financial resources to support the stability of the educational program and accomplish its mission, goals, and strategic plan.

One of the programs biggest supporters recently came from Wednesday’s Universit of Louisiana System Day at the Capitol Event.

The Governor of Louisiana, John Bel Edwards spoke to The Hawkeye, regarding the probation status of the school and the issues with financial resources and staff retention.

“Can you imagine that we’d lose the only public pharmacy school in the state of Louisiana, because we aren’t paying our faculty enough so they can stay,” Edwards said.

According to the governor, these issues aren’t specific to just the pharmacy school or ULM.

They are “across the board” meaning the problem is being faced by many other schools in the state.

“The turnover is much higher than we want it to be. We’re losing sometimes not just our best and brightest students, but many times, our best and brightest faculty members who are going to states where they are more committed to higher education than we have been here in Louisiana and that’s what we got to stop,” Edwards said.

Edwards also said there are two steps needed to avoid problems like the ones faced by the pharmacy school and in other schools across the state.

He blames almost a decade of “chronic underfunding and cuts” from the state to higher education as the cause of issues like the one faced by the pharmacy school.

“First, we stabilize higher education, which means we fund with no reduction built up from the previous year. Secondly, we gotta identify ways we can reinvest as we go forward,” Edwards said.

The accreditation of the pharmacy school lasts until June 30, 2022. The school has taken steps prior to their notification of probation to fix their issues at hand.

The governor recently announced there will be no budget cuts to higher education but the TOPS program many undergraduates use will not be fully funded.