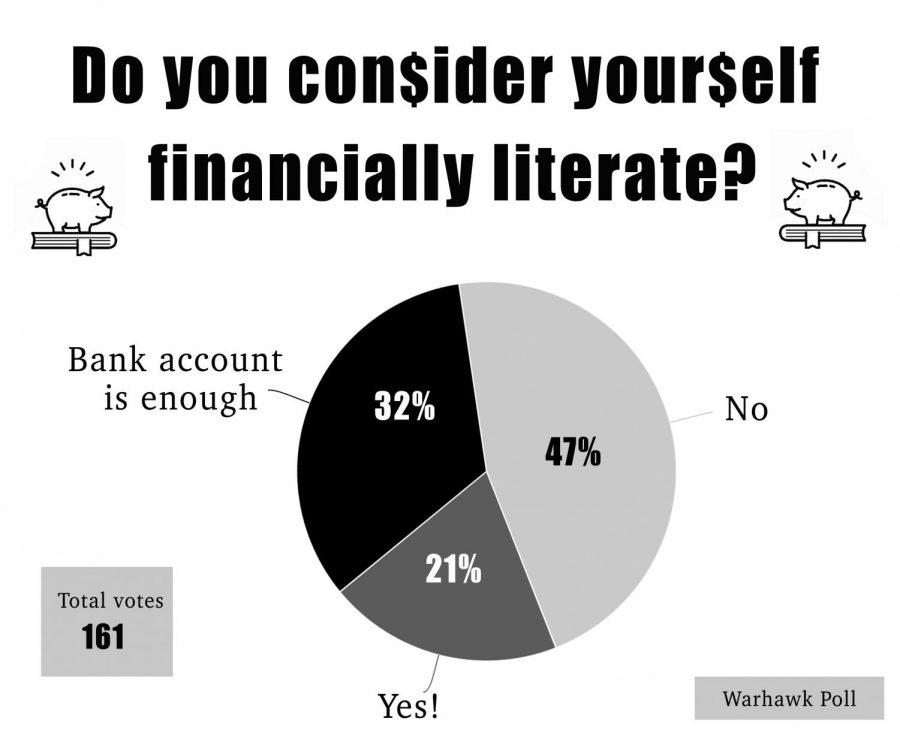 A penny saved is a penny earned, but for many “broke college students,” saving may be the last thing on their minds. A study conducted by the “Global Financial Literacy Excellence Center” (GFLEC) said that only 24 percent of millennials expressed basic financial knowledge. Financial literacy is the ability to make informed decisions with credit and debt management.

While credit cards can be used to build credit, it can also be a dangerous responsibility. Thesimplydollar.com reports 30 percent of students have an “average credit card balance of almost $2,600.”

Credit card companies often target college students because of the lack of parental shadowing. Students fall victim to credit cards because of how easy it is to get approved.

However, credit cards can help build credit and create a safety net in case of emergencies, much like having a savings account.

Some college students feel saving money is almost impossible with the amount of money they make, but there are ways to save with small income. Some young adult driven jobs allow their employees to start a 401k. A 401k is a retirement savings plan that lets employees save and invest some of their paycheck before taxes are taken out. 401ks also allows employees to pull money out early in case of emergency, but there is a federal tax penalty if a person withdraws money prior to age 59.

“I only have a savings account and checking, nothing else. I should at least budget, because I run out of money,” Hammack, said.

“Budgeting just hasn’t been a priority because I didn’t have to before I came to college, but I see the need now,” Hammack continued.

Deferment also hinders students from getting out of debt because the interest is still tacked on daily.

“I have a son and I want to set him up financially,” Jada Hitchens, senior kinesiology major, said.

“I wanted to avoid student loan debt or try to minimize it, so I joined the army reserves to avoid debt,” Hitchens added.

There are now apps and websites that help students expand their knowledge beyond checking and savings accounts. Fastweb is one of the largest online scholarship databases that allows students to apply for any and every scholarship available. Money Under 30 website teaches young adults about investing, filing income taxes and money management.

“I’ve been looking into cryptocurrencies to invest in. I know it’s a risky thing, because it’s taken off so randomly. I’ll have to research more information to be sure though,” said Shrill Shrestha, freshman computer science major.

With new technology and apps, students can prepare for life after graduation.