Browse before rain, then attend game 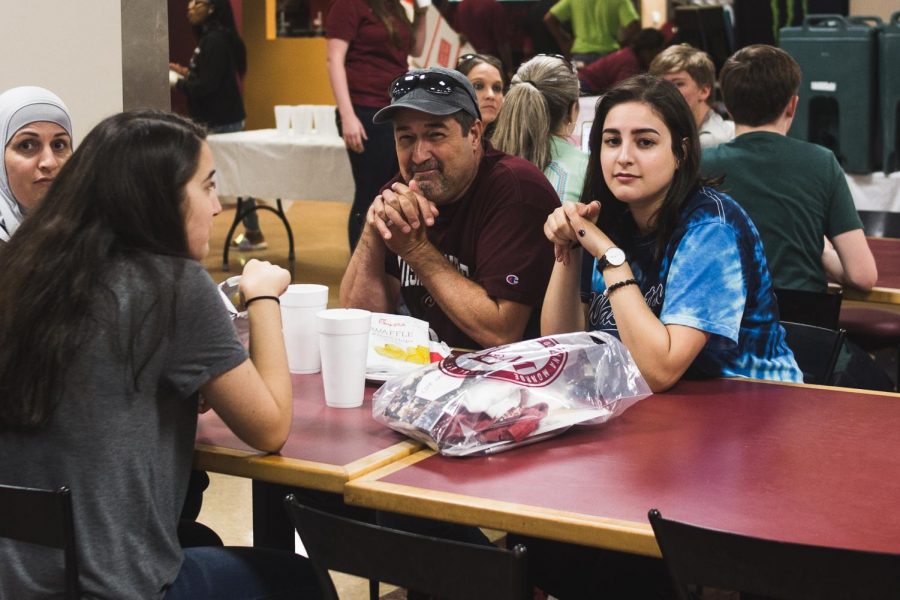 With high school graduation looming prospective Warhawks explored ULM to examine their chances of joining this university.
The prospective Warhawks, with their parents, signed in early in the morning and were greeted with performances by the Hawkline and the Sound of Today Marching Band.
Afterwards groups were divided into five sections based on their academic preference.
“I was pleasantly surprised by the organization of it and how it was divided into the different field of studies,” said Kim Brewer who was attending ULM as part of her daughter’s college hunt.
The groups periodically rotated to cover all the sections like student panel, browse and money matters.
This year, Browse on the Bayou had a small change of plans. Student panel became bigger. According to Sydney Canfield, a senior political science major, “This time we had 10 more students than normal. It kind of felt like a more diverse group. There wasn’t just a few majors but instead it was all the way across the board.”
Also, alumni were invited to help with the student panel. They had a big role this time around, as they were shared their experiences with the prospective students and their parents on how ULM influenced their careers.
This helped out a lot for prospective students like Trenton Littleton, who was seeking guidance in finding out what major to chose.
Similarly, the event left a good after taste on the high schoolers who expected this to be a monotonous series of lectures.
“It was better than I expected because it was entertaining the whole time. I was expecting a lot of talking and not a lot of movement really,” said Kennedi Watkins, a senior in high school.
Adding up, Watkins said, “(The best thing today was) the last session and the academic fair (student panel). We got to talk to different people with different majors.”
This ensured that the high school students gained some valuable information from a credible source regarding their field of study.
Not only the students, but also many parents were satisfied with this semester’s Browse on the Bayou. According to them, ULM lived up to the expectations and was able to build a sense of trust among the visitors.
“We would be comfortable sending our daughter here even though we are four hours away from here,” said Brewer who resides in Lake Charles.
The event ended with lunch and Registered Student Organizations’ (RSOs) marketplace where the visitors were able to eat and go around and explore the different RSOs present on campus. Afterwards students were invited to attend that night’s football game.
Another session of Browse on the Bayou will take place on Nov. 3 where ULM will continue to try to attract students to the bayou.