Halloween has turned into tricks, not treats 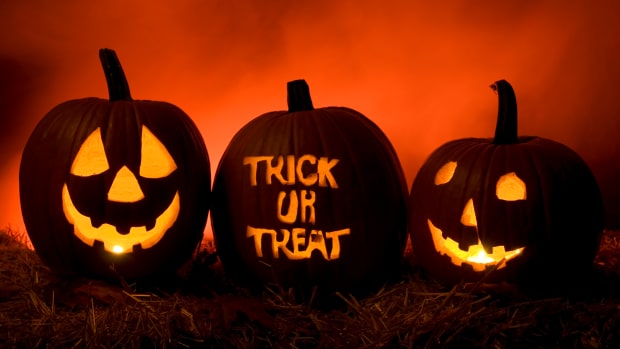 Halloween is the fun time of the year when young children or even some adults dress up as characters, creatures or people they admire or choose to be for the night.
The unique holiday is always celebrated with children dressing up and traveling house to house receiving candy and other sweet treats in their neighborhood.
Many communities also participate in activities such as Trunk or Treat or create haunted houses and games for families to enjoy.
Although Halloween gives many the opportunity to be whomever they want for a day, many young girls choose to take advantage of this.
Some take this “opportunity” and choose costumes that are very revealing and floozy. These people that I’m referring to flaunt themselves for looks and take away from the true meaning of Halloween for selfish benefits.
Those bunny costumes are not true bunnies, they are literally girls in headband bunny ears wearing scandalous leotards.
I believe Halloween should be more geared towards the happiness of the children.
Trick or treating and enjoying the scary, or sometimes funny costumes, should be the focus of the night of the dead, not scandalous costumes.
Growing up I always enjoyed Halloween and dressing up, however, even children’s costumes have changed in today’s stores.
Common costumes such as a witch or devil is now turned into a more revealing, sexual character.
Costumes are now normally found as two pieces and just not appropriate for young children.
The holiday has transformed into something completely different than what it originated from.
The holiday was established on the base of the Christian religion as a night to “scare” away the ghosts and spirits on Earth.
Beginning in the middle ages, the day became a time for children of all ages, poor adults and families would dress up to disguise their self and go around door to door on Halloween begging for food and sometimes even money in exchange for prayers or songs.
Being that Halloween began as a Christian holiday, many young adults should consider this and have respect for the religion and not take advantage of the holiday.
For example, sophomore Pantara Simpson, majoring in elementary education, stated “I think girls use Halloween as an excuse to dress inappropriately to get certain attention from boys,” when asked her opinion on the matter.
The night has always been meant for the enjoyment of children but for the past couple of years, focus has been changed to more of the inappropriate side of Halloween and costumes.
Halloween is an enjoyable holiday to celebrate, but I do not believe it was established as an excuse for young adult women to dress so vulgarly.
With that said, I hope everyone enjoys their Halloween season appropriately.