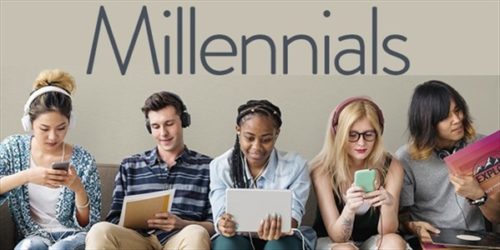 There are many people who believe they are millennials whenever they actually belong to Generation Z.

According to the Pew Research Center, a millennial is anyone born between 1981 and 1996. As of 2018, this would make the oldest millennials 37 years old and the youngest 22 years old.

However, many 18 to 21-year-olds feel that they belong in the same category as millennials instead of Generation Z.

A study called “Generation Z Goes to College” analyzed 1,143 post-millennial college students from 15 different schools. The study found that most people analyzed considered themselves to be millennials.

Andrea Smith, an undeclared sophomore, said, “The best thing about my generation is we tend to think of our generation as a joke instead of being hyper aware of our age and the word millennial.”

The two generations constantly poke fun at themselves instead of taking the label too seriously. One can’t click on social media without seeing a meme involving being a millennial or a part of Generation Z.

Madeline Johns, a sophomore art major, senses that carrying the label of millennial comes at a price.

“I believe there is a negative connotation with being a millennial,” Johns said. “Because for whatever reason we are the ones always being blamed for all the world’s problems.”

Online, millennials are often blamed for “killing” different industries including: chain restaurants, diamonds, homeownership and cable television. Smith said millennials are responsible for the death of any of these.

“On the internet, media will use millennials as a scapegoat for certain chains or stores dying, because they know it will generate a lot of clicks,” Smith said.

The truth is that millennials simply lack financial stability. Data from the National Financial Capability Study indicates that two-thirds of millennials have at least one type of longstanding debt. Thirty percent have more than one type of debt. Among college-educated millennials, 81 percent have outstanding student loan debt.

As the price of things like homes continue to rise, median income hardly moves.

Economic research conducted by the Federal Reserve Bank of St. Louis shows that median income has only risen 11 percent since 1990.