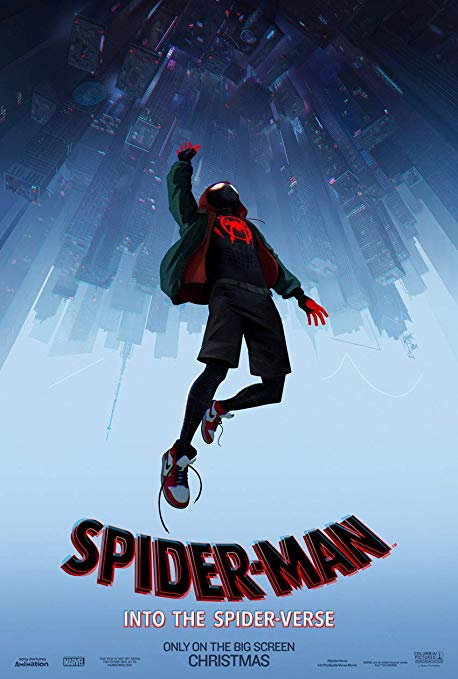 It is no surprise to me that “Spider-Man: Into the Spider-Verse” won the Golden Globe for the best animated feature film of 2018.

Compared to the other nominees such as “Ralph Breaks the Internet” and “Incredibles 2,” there is no denying that “Spider-Man: Into the Spider-Verse” stands out.

Spider-Verse not only challenges the animation process but the low expectations of diversity in film as well. This is what made Spider-Verse an obvious choice for the award.

“Spider-Man: Into the Spider-Verse” pushes the boundaries of animation in ways never seen before.

According to an interview on indiewire.com, Spider-Verse’s art directors didn’t want to imitate any animation style. They wanted to create one of their own.

To do so, they relied heavily on comics for inspiration, mixing the real world with the comic world.

Spider-Verse’s unique animation is not the main reason the film won; it’s because the message resonates with a diverse audience.

There is a character for nearly everyone to relate to in “Spider-Man: Into the Spider-Verse.”

The film follows Miles Morales as he attempts to figure out how to use his newfound powers as Spider-Man.

During his journey he makes a group of friends from alternate universes who have gone through different versions of the same thing.

Miles Morales is a biracial and bilingual 13-year-old. The alternate Peter Parker is in his late thirties and experiencing a midlife crisis. Peni Parker is a nine-year-old Asian girl from another universe.

What do they have in common? Every one of them is a version of Spider-Man.

Apart from “Black Panther,” other superhero films are predominantly white. Now, people of all races can imagine themselves beneath the Spider-Man mask.

Spider-Verse’s rivals were fun films, but that’s all they were.

Neither “Ralph Breaks the Internet” nor “Incredibles 2” successfully delivers a message as strong as Spider-Verse’s.

The lessons the other nominees taught were superficial or nonexsistent.

In “Ralph Breaks the Internet,” Vanellope and Ralph travel into the internet to find a way to save Vanellope’s favorite video game.

It was an entertaining film, but it wasn’t special like Spider-Verse. It didn’t inspire its audience or take any creative risks.

The various ages of the alternate Spider Men can allow people of any age to think of themselves as heroes.

The film emphasizes the importance of each person and their individual skills. It also teaches the need for a close community.

Throughout the film, Miles feels alienated from his classmates and family. But he eventually discovers a place where he belongs among other Spider-Men.