Artist creates her own future 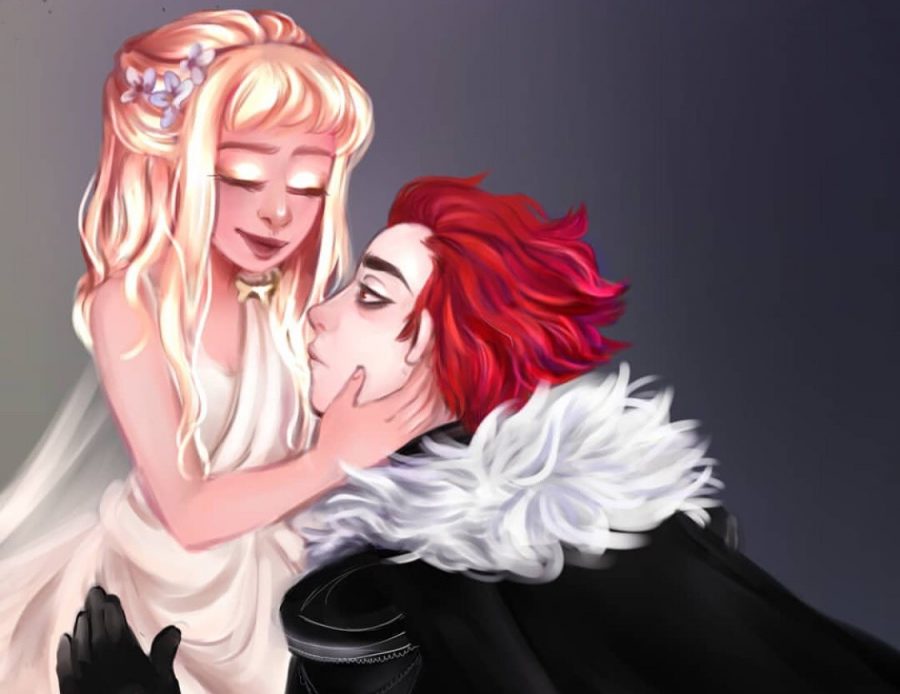 Being an artist has never been a choice for Madeline Johns; it’s her only option. For as long as she can remember, she has been creating.

“I know that’s kind of the basic answer, but I feel like this is what I’m meant to do,”  Johns said.

One night when she was 10 years old tucked neatly in bed, fast asleep, she jolted awake. The urge to draw had overtaken her in her sleep.

She got out of bed and fumbled for a pencil and sheet of paper. Johns’ mind would not stop racing until she sketched the idea swirling around her head. As the drawing in her mind became a reality, something stirred inside her. She had never felt such joy before.

Despite the drawing just being a silly cartoon character, this experience sparked a fire within Johns that had yet to have been put out. It was in that moment she knew creating characters was her calling. Young Johns wasn’t quite sure what that meant yet, but she would in a few years.

During the summer of 2018, Johns’ Instagram account was beginning to gain traction. She had roughly 600 followers at that time.

Johns got to this point by interacting with other accounts. She was inspired by them. Johns often gave her art as “gifts” to her favorite Instagram artists. She drew their characters in different outfits or comical situations because she genuinely loved the people these artists created. The artists often shared the “gifts” drawn by Johns’ on their Instagram stories. Then, people who liked her art style would follow her account.

The idea of growing a social media presence never even crossed Johns’ mind. Instagram was just a place to share her original characters and fan art with others.

Miette Mckane, Johns’ best friend, was scrolling through Instagram’s “Explore” Page when she noticed a piece of art that looked familiar. It was a comic based off the popular Cartoon Network series, “Steven Universe.” Mckane swore it was drawn by Johns, but it had been posted on a different account. She immediately sent a screenshot to Johns.

The account that reposted Johns’ “Steven Universe” art had a large following. After asking to be credited, her account’s traffic skyrocketed.

“Annoying as it was, my art was the most liked post on their page. It got around 36,000 likes,” Johns said.

In the span of three months, her follower count quadrupled. Johns couldn’t have imagined her art resonating with the amount of people it does now. At one point she was gaining 100 followers each day. Turns out, having her art stolen wasn’t so bad after all.

A close friend of Johns’, Andrea Smith, believes that Johns’ popularity stems from the uniqueness of her content.

Persephone Adom, one of Johns’ most popular characters, is the love interest of Jack Spicer from the 2003 cartoon “Xiaolin Showdown.” Their relationship isn’t officially a part of the series, but it is something Johns’ followers enjoy seeing.

Her followers comment on everything she posts. They send questions about her characters’ lives and Johns’ art style. There is no denying that the people who follow “coseamic” on Instagram are invested in the content she creates.

Another reason Johns’ has been successful on Instagram is the connection she has with her followers. She answers their questions, replies to as many comments as possible and posts fan art drawn by them on her Instagram story.

Johns even receives messages from followers who are inspired by her art. They see the content she is creating and want to make art of their own.

“I’m happy to inspire people. Just to be recognized for that feels good,” Johns said.

She has been inspiring people years before gaining a significant Instagram following, but this was unknown to her.

During middle school, Johns took an art class outside of school. Mckane was taking the same art class, but at a separate time.

“Just by seeing her art, I was interested in her,” Mckane said.

Mckane spotted a drawing so compelling she had to know the artist; it was her            only option.

After class, she approached the teacher to find out whose piece it was. The two have been inseparable ever since.

“Madeline is honestly the only reason that I still draw,” Mckane said.

Without realizing it, Johns is what her favorite artists used to be to her. Her account has become a place that inspires young artists and serves as a gateway for them to gain followers.

Johns hopes to work in animation after graduating ULM’s art program, but her dreams don’t stop there.

“I would also love to work on a graphic novel or web comic,” Johns said.