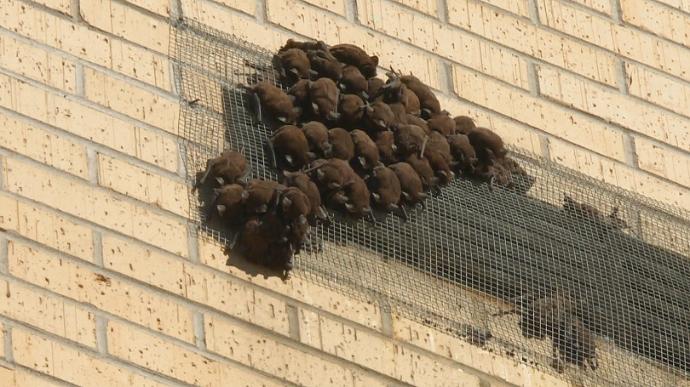 Laine Rogers was in her Forensic Toxicology class on Monday when a bat peeked its head out from behind the classroom’s projector.

The bat then started flying around the room and the class had to be stopped while the bat was evacuated.

Rogers, a toxicology junior, was among the many affected by the hundreds of bats currently residing in Sugar Hall.

The bats apparently started coming in through the building’s ducts.

According to a Facebook post by ULM’s official page, the bats were being removed by “a nuisance wildlife removal company.”

The post assured that the bats were being removed as humanely as possible.

Classes in Sugar Hall have since been relocated to Walker, Strauss and the library.

Sugar Hall will be closed until all the bats are removed, which is estimated to take about two weeks. Bats crawling on the ground next to Sugar Hall was a common sight last week.