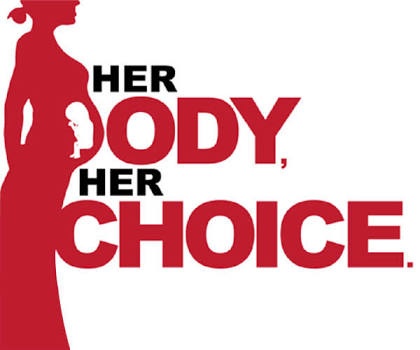 There is this kid who looks very sweet, is almost 10 years old and lives in an orphanage. She has bright blue eyes and dark brown hair. She has never seen her parents. She doesn’t have someone she can trust and is always bullied.

This kid might be one of the 171,750 kids who are in foster care or in an orphanage that never get adopted. According to Adoptuskids, about one fourth of 687,000 kids in foster care will not be adopted. This information will make sense a bit later.

First off, I want to clarify that I am not arguing whether abortion is right or wrong. I am simply arguing why the legalization of abortion bill, recently passed in New York, is necessary.

Over a week ago, New York’s Catholic governor, Andrew Cuomo, signed the abortion bill to put it into the rule book of the state. In brief, the bill allows abortions under  three conditions.

First, if it is performed earlier than 24 weeks of conception. Second, in an absence of fetal viability and third, to protect a patient’s life    or health.

So, what is the problem here?

Well, pro-life activists are pointing out that the exception for health, which is not restricted to a physical definition and can be interpreted to cover psychological and emotional health, is broad enough to cover basically any possible late-term abortion.

Also, a lot of pro-life supporters believe that the foster care of U.S. is good enough to take care of these ‘unwanted children’. But, in reality, that’s not the case as I have    mentioned above.

There is a good chance that not all kids will be adopted and will have a decent life.

But, still, I do not think this idea alone makes this topic that big of an issue. I think the problem here is that some people are trying to impose their righteous worldview on other people.

Coming back to rational discussion, criminalizing abortion will not stop the process of abortion itself. According to women’s news, in Egypt, where the abortion rules are very strict, abortion is still a common practice. Instead, the pregnant women have to take significant risks to get the fetus aborted which may or may not be done under a trained official.

Another thing to consider is that most abortions occur before the 21-week time period. According to planned parenthood action, only about one percent of all the abortions are done after 21 weeks of pregnancy which is mostly due to the health status of the fetus.

I do not believe the state of New York did anything wrong. Instead, I believe that such necessary laws to help women are very much needed.

Carrying a dead fetus for the next 20 weeks is physically, mentally and emotionally draining, especially after you’ve already figured out that the fetus is dead. According to BBC, Erika Christensen had to travel to Colorado for abortion when she realized she could not abort her 31-week non-viable fetus in New York. Christensen said the laws of New York made the grieving process so much harder.

No sane women would want to kill their own flesh and blood. But, there are certain circumstances that we need to be sensitive about and let the women decide what is best for themselves.

I think that such bills should be passed all over the U.S. so the doctors will not have to face criminal charges for saving lives and the patient will not have to travel hundreds of miles to get an abortion.

Standing strong to my views, abortion itself may be right or wrong, but New York legalizing it was definitely a correct move. This law will ensure that women will not have to die while birthing children just because it offends some group of people.