Louisiana to redistrict after 2011 Census 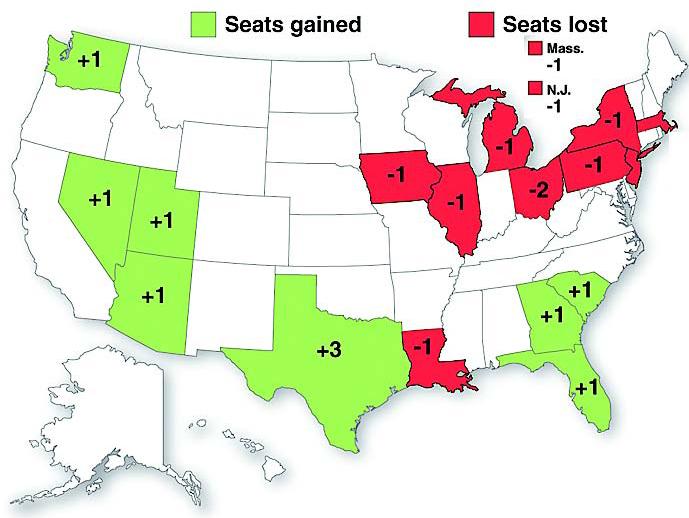 Speculation that Monroe is to merge with Shreveport
by Charles Strauss

There are big changes headed for Louisiana’s apportionment of United States Congressional districts.

John Sutherlin, a political sci­ence professor at ULM, is wor­ried about the challenge the re­sidistrict will cause for Monroe.

“The anticipation for north Louisiana is that there will be population and political pres­sure to create a single district that includes Monroe and Shreveport,” Sutherlin said.

“This will be a real challenge for the region as this has never worked in favor of Monroe in prior attempts,” he said.

He explains that this lack of benefits for Monroe through the following circumstances: “Shreveport, in such a scenario, would get more federal dollars, but Monroe and the surround­ing delta area needs more help.”

Further, he claims that there are few political exercises that are more ‘political’ than gerry­mandering people.

Gerrymandering is a practice of political corruption that at­tempts to establish a political advantage for a particular party by manipulating geographic boundaries to create partisan and neutral districts.

This situation is proving this to be accurate.

Kostelka has been working with officials from the Federal and State government on the re­apportionment process.

An aide from Kostelka’s office, Katie Murphy, explains what re­apportionment is.

“Congress is limited to 435 members and the US Supreme Court in 1967 forced equal members in each Congressional District under the so called ‘one man, or one woman, one vote rule,’” Murphy said.

This in turn means that after each ten year census the law re­quires that Congress be reappor­tioned so that each district has the same number of residents.

“So even though Louisiana’s population has grown some since the last census in 2000, it has not grown proportionately to keep seven Congressmen. Where we originally had eight Congressmen, then seven as to­day, we will now only have six,” Murphy said.

Kostelka has just returned from Washington D.C. where he met with Justice Department officials.

Kostelka’s office released a statement say­ing that “The legislature has al­ready voted to call themselves into a Special Session beginning Mar. 20- Apr. 13.”

It continues to say that be­fore that the law requires that the House and Senate Govern­mental Affairs Committees to have Roadshows which is to go around the state to schedule meetings to inform any interest­ed persons of the census figures and take any input concerning reapportionment and redistrict­ing.”