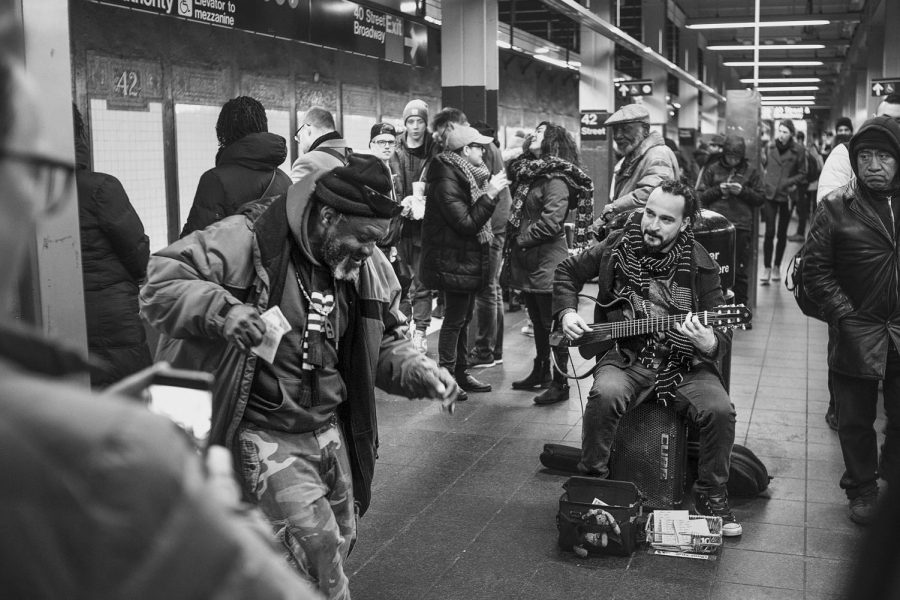 It’s becoming an usual site in New York City during the Spring National College Media Convention to see a Hawkeye photographer awarded by his peers.

Saturday, Prajal Prasai, a junior communication major and art director for The Hawkeye, tied for first place, in People’s Choice for the convention’s photo shoot out.

In winning, Prasai repeated a feat achieved by Siddharth Gaulee, a friend and mentor of his. Gaulee, a junior communication major and former Hawkeye editor, won the award at last year’s convention and two weeks later was awarded first prize by the judges as well.

Prasai’s task was not easy. He was told to represent the “city that never sleeps” by meeting and interacting with locals before capturing his image.

“I was looking for some common people living their life. I wanted to show a glimpse of how life is in a big city. I love meeting new people and talking to them. I have done something similar in the past in my own time so that really helped,” Prasai said.

In his award-wining photo, Prasai captured a local man who had just given his last dollar to a street performer dancing.

“When it was announced I was really delighted. But, since I had not slept the whole night before, I could not fully enjoy [the experience of winning] with complete vigor,” Prasai said.

“This is the second year in a row that ULM has won the top spot for the NYC photo shootout, with two different students. Clearly, ULM’s got talent, and we’re proud to share it with the rest of the country at conferences like these,” Mapp said.

With one victory in his pocket Prasai looks forward to the next phase of critiques.

“I’m ready to see what the judges’ panel has to say,” Prasai said.