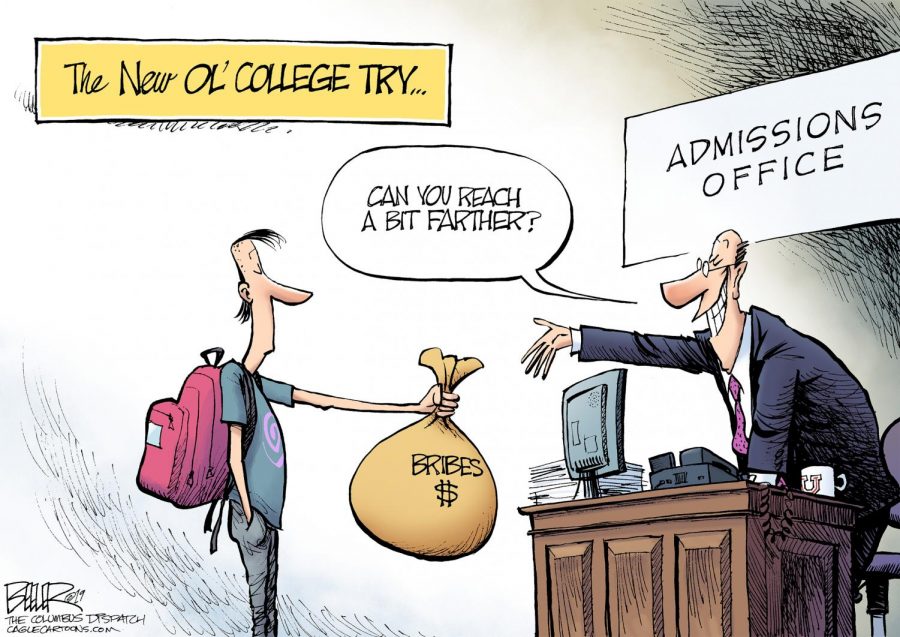 Money is a powerful thing. It gives people an advantage in life. Higher education, on the other hand, is supposed to be an even playing field. If you have the GPA and the resume to get into a top university, then you get accepted. If you don’t, then tough luck.
Recently, news broke that some wealthy parents were paying an enormous amount of money to get their children into some of the most prestigious universities in the country. Celebrities like Lori Loughlin, of Full House fame, allegedly paid bribes up to $500,000 to get her daughters into the University of Southern California. The news is an insult to all the students who played by the rules and believe in the American Dream.
According to an affidavit released by The Washington Post, the FBI alleges that the incidents began around 2011 where parents conspired to use bribery and other forms of fraud to help their children get into college.
The people named in the affidavit are accused of bribing varsity coaches, administrators and even college entrance exam proctors. In some instances, the undeserving students were accepted as athletes even though they lacked athletic abilities.
Education has long been an aid to move up the social ladder. No matter the background, students share a desire to work hard and earn a good education. ULM may not be the most prestigious university in the country, but we are proud of the education it offers us. We are proud to say we got where we are through our merit alone.
Those parents paying their children’s way forward aren’t doing them a favor. Eventually, they will find themselves in a place where mom and dad can’t guarantee their successes. The people who accepted the bribes are only damaging the reputations of the universities that the undeserving students were accepted into.
Universities have admission requirements because they want all of their students to be successful. If you can’t meet the admission requirements, you should get rejected. No amount of money should change that.