Warhawks to wobble, walk in heels 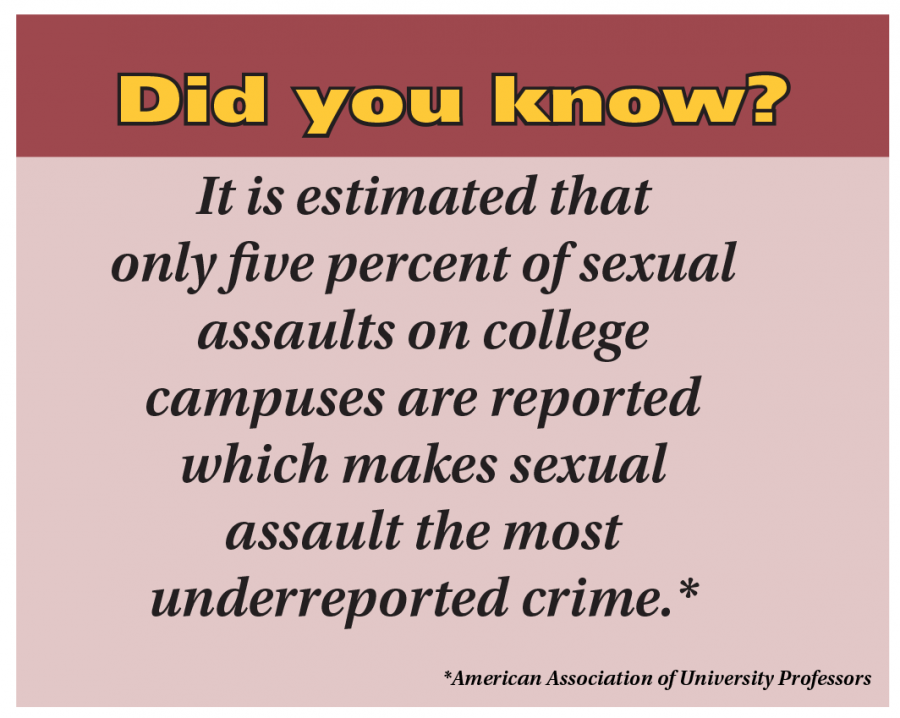 Over the years, sexual assault and harassment has become a bigger and more known issue. The #MeToo movement has grown and become a way for those sexually assaulted or harassed to share their story with others.
But this month is more different than most when advocating for people who have been sexually assaulted. April is Sexual Assault Awareness Month-a month when people campaign to raise public awareness about sexual violence as well as educate others on how to prevent it, according to the National Sexual Violence Resource Center.
According to justice.gov, sexual assault is any non-consensual sexual contact or behavior. Sexual assault includes “sexual intercourse, forcible sodomy, child molestation, incest, fondling and attempted rape.”
NSVRC’s theme for Sexual Assault Awareness Month is “I Ask,” which helps promote asking for consent in a healthy, normal and necessary part of everyday interactions.
Jessica Hawkins, a senior psychology major, said that not only is consent important but so is taking action in preventing sexual assault.
“Be mindful of your actions and the actions of those around you. If someone you know is a victim or a perpetrator of rape, sexual assault or domestic violence then do something about it,” Hawkins said.
For those who been a victim of sexual assault, there are multiple outlets and resources to use in the Ouachita Parish.
The Wellspring, an organization that serves people who need help in the community, provides multiple services for those who have been sexually assaulted like a telephone hotline intervention, medical follow-up, domestic violence or sexual assault counseling and referral to safe, confidential emergency housing as well as many others.
ULM is also involved in sharing awareness of sexual assault on campus with the event Walk-a-Mile in Her Shoes.
Walk-a-Mile in Her Shoes is an international men’s march designed to advocate against sexual violence which is hosted by Femhawks. This event will be held on Wednesday, April 10, at the ULM Library.
Meredith McKinnie, an English instructor, said she thinks having an event like this is important for those who have experienced sexual assault.
“Walk-a-Mile showcases a community of survivors. So many suffer alone, not realizing how many fellow students have experienced sexual violence. It’s an open forum to show, support and share stories as well as uplift one another and raise awareness of a prevalent problem on college campuses,” McKinnie said.
Hawkins also agreed that Walk-a-Mile is important to go attend even for those who haven’t been involved in sexual violence.
“Walk-a-Mile makes people face the facts. We like to pretend that these things don’t happen around us, but they do, and it’s up to us to help put an end to it,” Hawkins said.