It’s okay to be selfish, step back from organizations 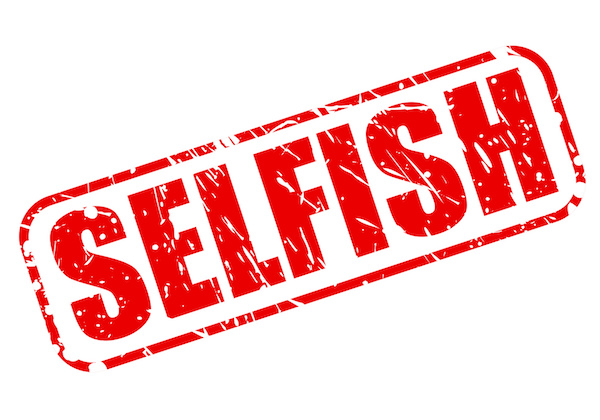 “I cannot leave the organization; they need me now more than ever.” Evelyn convinces herself. Her grades are struggling, she constantly feels emotionally drained and stressed and she is barely getting four hours of sleep. But she still hangs in there and keeps pushing through to remain in the Press club of her college. Evelyn thinks about the club before considering her health, grades and general psychological wellbeing. While Evelyn isn’t real, this is the dilemma most college students face.
A lot of people misunderstand the word selfish as lacking consideration for others and only being concerned with one’s profit or pleasure. Yes, that’s the literal meaning of the word, but that’s not all there is to it. The kind of selfishness I am advocating is owning the fact that you can be independent, confident and focused on yourself, your priorities and your life, without the scrutiny and drama of others to hold you back.
According to The Seattle Times, a survey found that 9.5 percent of respondents had frequently “felt depressed” during the past year which is a significant rise over the 6.1 percent reported five years ago.
I believe there is a fine balance between being selfless and neglecting yourself. As a freshman, I often found myself dedicating my time and energy into events and activities I did not find as rewarding. I spread myself thin in various organizations because I feared being judged and referred to as inconsistent if I left these organizations, canceled plans with my friends or didn’t show up for an event.
This issue is especially common among freshmen because they tend to forget that they have the right to put themselves and their priorities first in college. They unknowingly refuse to be authentic to their real needs and wants.
They think being consistent and being authentic is the same but they are not always the same. Sure, consistency is appreciated, but authenticity is a lot more refreshing to the student.
We often forget that draining ourselves by being involved is not exactly being selfless. There are many other ways you can be selfless and give back to your organization without letting other vital components of your life suffer.
Believe in yourself , make yourself a priority and take as much of a break as you need from your organization.