Men should get checked for breast cancer too 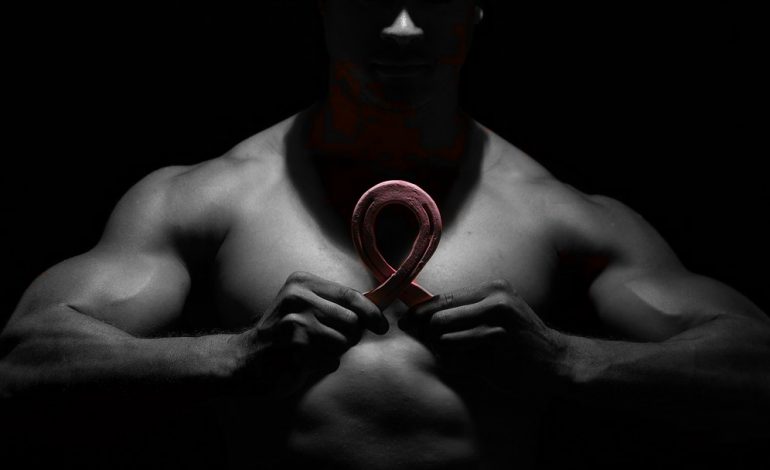 The male species and doctor check-ups are an interesting thing. We’re not going to voluntarily ask the doctor to check for certain things. “Can you check my prostate?” Yeah, that’ll never come out of our mouths. But yeah check our chest for lumps. That’s a thing. Men can have breast cancer too. And it’s time to get tested fellas.
October is International Breast Cancer Awareness Month. We all wear pink. Some people say, “Save the boobies.” The rest of us judge them for it.
“Boobies” aren’t important, what is important is the lives of our mothers, sisters, wives and friends. Now, let’s add each other to that list men because we’re victims too.
Women by far suffer the most from breast cancer. What a lot of people don’t know is that men suffer as well. According to the National Breast Cancer Foundation, about one percent of all people with breast cancer are men.
That’s not a huge number but most men don’t even know they can have breast cancer. That’s why raising awareness and having that conversation with your trusted physician is important.
Breast cancer is rare in men. Yet, it is still present. About 2,000 new cases of men with this type of cancer are diagnosed each year in the United States alone.
The scary thing about these few men with breast cancer is they might have it worse than women. Science News recently released an article saying that men with breast cancer have lower survival rates than women. The alarming statistics from this new study don’t end there either. Diagnoses have gone up for the disease in men. Science News estimates 2,670 men will develop breast cancer this year in the U.S.
The tough part of this whole dilemma is starting the conversation. Prostate cancer is also a tough thing to discuss. But since many men are dying from it the conversation exists. Breast cancer might not be killing a lot of men but it still is killing them.
And me writing this isn’t to take attention away from women but it’s to raise awareness for men. How simple must it be for a woman to feel a lump in her breast and think, “I should get that checked.” Men on the other hand can be oblivious to signs like this. “There’s a lump in my chest? It’s probably my pecs since I’ve been hitting the gym.” Think twice my brothers. That could be cancer.
While you’re spending the month of October wearing pink at football games and participating in 5K’s, take a look around at the men. No longer are they allies or supporters. They’re also victims and it’s time to realize that.