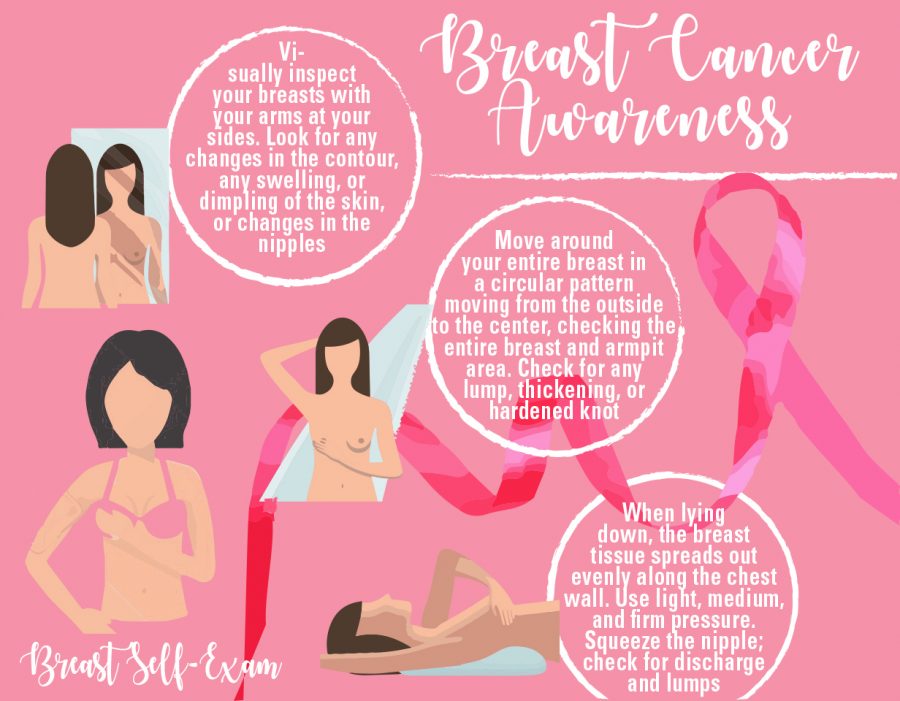 Since it is Breast Cancer Awareness Month, those who have fought and are currently fighting the battle of breast cancer are recognized and honored.
Breast Cancer Awareness Month is not just used to give respect. It is also a nationally recognized month that is aimed to raise awareness of the disease and help people learn how to prevent it.
To help prevent the effects of breast cancer, doctors have to catch it early on. That is why screenings are essential. Vonda Boone, a professor at the Kitty DeGree School of Nursing, said she advises everyone to get checked for breast cancer.
“A breast cancer screening is meant to catch cancer in its earlier stages,” Boone said. “Breast cancers in the earlier stages are easier to treat and there is a higher survival rate.”
According to cancer.net, the five-year survival rate of women with cancer located solely in their breast is 99 percent.
If the cancer has spread to the regional lymph nodes, that percentage decreases to 85 percent. If it has spread to any other part of the body, the five-year survival rate drops to 27 percent.
Because of such a high mortality rate here in Louisiana due to breast cancer, it is essential to make sure that women are getting examined and cleared, according to Boone.
“The Kitty DeGree Breast Health Center in Monroe has a program to provide breast and cervical cancer screenings to uninsured and underinsured women,” Boone said.
You must be a woman between the ages of 21 and 64 to be eligible for a free mammogram at the Kitty DeGree Breast Health Center. You must also be at or under the national poverty level.
It is recommended by most doctors that at the age of 20 women should be examined every three years by a professional and re-enlightened on breast cancer symptoms and prevention. These exams are even more necessary specifically for the female residents of Louisiana.
Louisiana’s breast cancer mortality rate is statistically significantly higher than the rest of the country, according to Louisiana Breast and Cervical Health Program.
In 2011, around 24 Louisiana residents per 100,000 died each year from this disease. Nationally, there were about 21 deaths per 100,000.