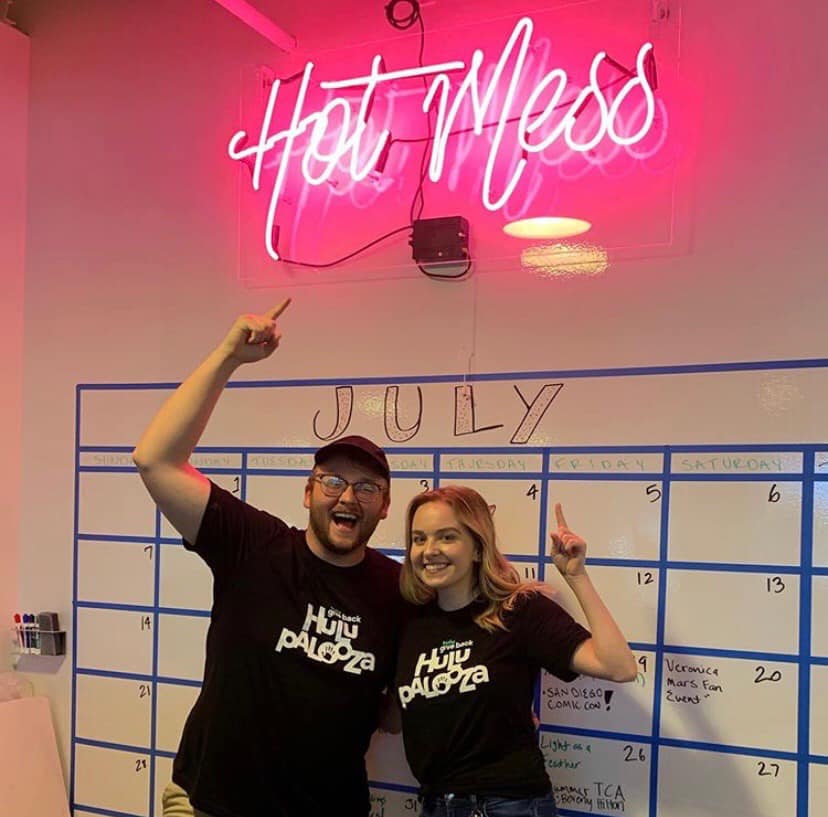 Landing the perfect internship can change a student’s life—just ask senior communication major, Chuck Riddick, who took a leap of faith last year and applied for an internship in California at Hulu through the Television Academy.
To be considered for the position, Riddick was required to send in two letters of recommendation, his academic transcript, a “letter of intent” and a video interview.
“You don’t realize how awkward it is to hold a conversation with a camera until you’re doing it,” Riddick said. “I then spent the next day editing the video, sending it off and holding my breath.”
During spring break, Riddick found out he got the position at Hulu. Then, that summer he packed his bags and headed to Los Angeles where he would spend the next three months living his dream while eating a lot of Ramen noodles just like a stereotypical intern.
“Anyone and everyone should try for an internship,” Riddick said. “Without this internship, I wouldn’t have ever let my dreams get this big. Now, I know that I can do it.”
For students who want to have a similiar experience as Riddick but have no clue where to start, ULM Career Center offers a variety of tools to guide them in the right direction.
“We’re here to help throughout the search process,” said Kristin Chandler, the director of the Career Center.
Recently, the Career Center implemented Handshake, a new job and internship board geared toward students. After making a profile on Handshake, students can find available job and internship opportunities across Louisiana.
The Career Center also reviews resumes, conducts mock interviews and provides multiple career fairs and workshops during each semester.
However, many students get internships on their own. Boston Bragg, a junior computer science major, went to a job and internship finding website called Indeed, typed in “computer science internship summer 2019” and applied for every available position in the United States. He ended up deciding to accept a position at Pedernales Electric Cooperative in Texas where he was an information technology business analyst intern. There, he gained beneficial experience in his field and made meaningful friendships along the way.
“My favorite thing about being an intern was hanging out with the other interns,” Bragg said. “We were a pretty close group by the end of the summer. It was a great experience.”
Bragg and his co-workers would often take walks together when being in the office became tiring. They made a routine out of it even going as far to add it in their Outlook calendars.
Riddick agrees with Bragg that co-workers are the highlight of internships.
“I cannot stress this enough how much your co-workers and fellow interns really make the experience worth it,” Riddick said. “I befriended so many amazing people in the entertainment industry that poured so much time into me. I truly couldn’t have asked for anything better.”
Internships are not only good for furthering your career and making life-long friends. Getting one can also help you understand which parts of a job you don’t like. While working at Hulu, Riddick discovered he disliked working in television and would prefer to be involved with book publishing.
One way communication majors can prepare for internships is to enroll in practicum with Dr. Joshua Comer. The course provides students with supervised experience in an on-campus job position that focuses on different aspects of their major.
Depending on what position the student receives, they will practice different professional skills. Comer then helps the student learn to reflect on and properly explain what they did during their practicum so they can identify and achieve their goals. According to Comer, a competitive internship should be a common goal among communication students, and practicum is one way to prepare for that.
“Students with practicum experience have already begun to establish themselves as communication professionals and know how to present their experiences, which puts them in a stronger position when pursuing internship opportunities,” Comer said.
During finals week, students who are interested in practicum can join Comer in an orientation session where he shares information about possible positions students could fill.