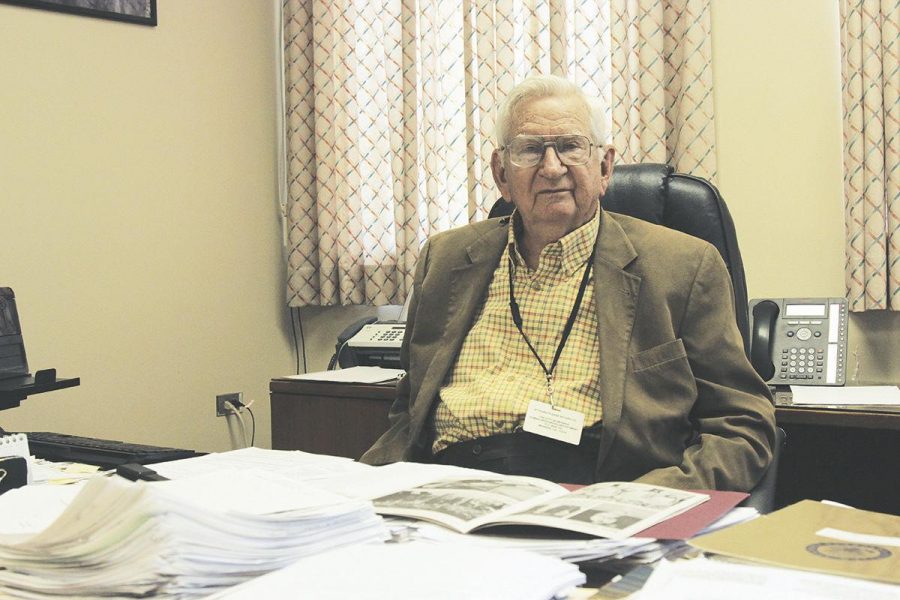 Last Saturday, ULM lost a beloved president emeritus while Northeast Louisiana lost a strong supporter with the death of Dr. Dwight D. Vines.
Vines started at ULM as an instructor of management in 1958 before becoming a professor. Then, he became the dean of the College of Business in 1964 before being named the president of ULM in 1976. He served as president until 1991.
Dr. Nick J. Bruno, ULM’s current president, said Vines was a progressive leader in his time. Bruno said he believes Vines’ dedication to ULM continued after he became a businessman and economic development officer for Monroe.
“I am very saddened to learn of Dr. Vines’ passion,” Bruno said. “He has remained committed to the university he helped to build.”
Jim Henderson, president of the University of Louisiana System, said Vines was a great leader and beloved uncle.
“From a professional perspective, all of us in higher education can learn from the example of Dwight Vines,” Henderson said. “He was peerless in managing the business of a university.”
Vines created a non-profit, tax-exempt corporation that continues to raise millions of dollars for ULM, University Foundation.
He is also responsible for a number of building projects that make ULM’s campus what it is today. These projects include but are not limited to: the Grove, Malone Stadium, the baseball and softball fields, the Chemistry and Natural Science building, the School of Nursing building, Heard Tennis Stadium, the Activity Center, the band building, the bank, the bookstore and the University Police Building.
Vines was also the president when 40 new majors were introduced to ULM like marriage and family counseling, music, theater, school psychology, specialist in school psychology and toxicology.
“The progress made to higher education during Dr. Vines’ presidency is truly remarkable,” said Bruno. “He laid the foundation for ULM to be the national university it is today. He is remembered as a man of honor, integrity and extraordinary vision.”
Vines was born in 1941 in Jackson Parish. He served in the U.S. Air Force from 1951 to 1954. He got his bachelor’s degree from Northwestern State University, his M.B.A. from Louisiana State University and his Ph.D. in business administration from the University of Colorado.