Students ‘step up’ with Date Night 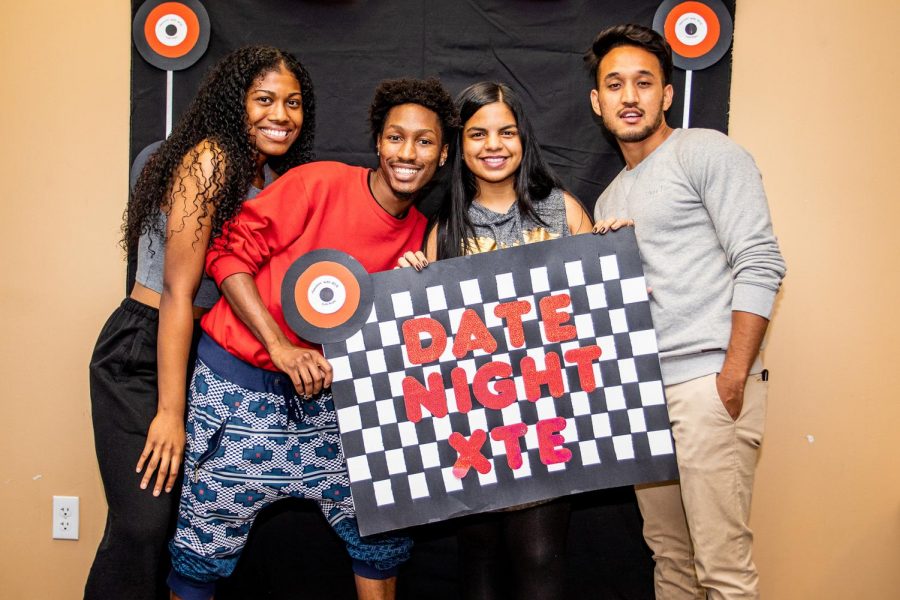 Dancing, dinner and a movie – what could make a date night better? Not much. That’s why Chi Tau Epsilon, ULM’s Dance Honor Society, hosted this past Tuesday Date Night .
The night started at five p.m. in the Hangar Ballrooms with dance lessons taught by Brooke Gaspard.
The senior psychology major taught the students a dance that she had choreographed herself. This was Gaspard’s first time participating in the bi-annual event, and she enjoyed getting everybody excited about dance.
The dance was inspired by the movie “Step Up,” and was to the song “Bust Your Windows” by Jazmine Sullivan.
The dance was made to be done with a partner, so those who came without a date had to pair up with a stranger before the dancing started.
“I love seeing the interaction between people who don’t know each other,” Gaspard said. “It’s all about bringing people together who may not even know how to dance.”
Eventually, everybody got over their nervousness about dancing with stranger and started enjoying themselves.
“My favorite part was dancing with partners,” freshman Raquelle Franklin said.
The pre-speech pathology major said that she had tagged along to the event with her friends because it sounded fun. She said that she had never been to Date Night before, but that she will definitely be going back.
By the time the dance lessons were halfway over, people were getting into the groove of it, improvising their own dance moves and having fun with it. Everybody seemed to love getting to know other students through dancing.
However, once the dancing was over, everybody was ready for a well-earned break. Awaiting them was a table full of food and a movie to watch.
The students got comfy and settled in to watch “Step Up,” a fitting movie for the occasion. This was a great way for everybody to relax after burning up the dance floor.
“We have this event so that students have a chance to wind down,” said Ethan Dennis, the Chi Tau Epsilon president. “And also since we’re a dance honor society, we like to incorporate dance into everything we do.”
That’s the reason that Date Night is great. It allows students to relax, learn and meet new people. It isn’t just for couples or people who have dates- it’s for everybody.
Actually, most of the students who attended either went with friends or by themselves. Nevertheless, everyone ended up finding a dance partner, making new friends and having a great time.
Chi Tau Epsilon hosts the event once every semester, so if you missed this one, be sure to check out the next one in the upcoming semester.