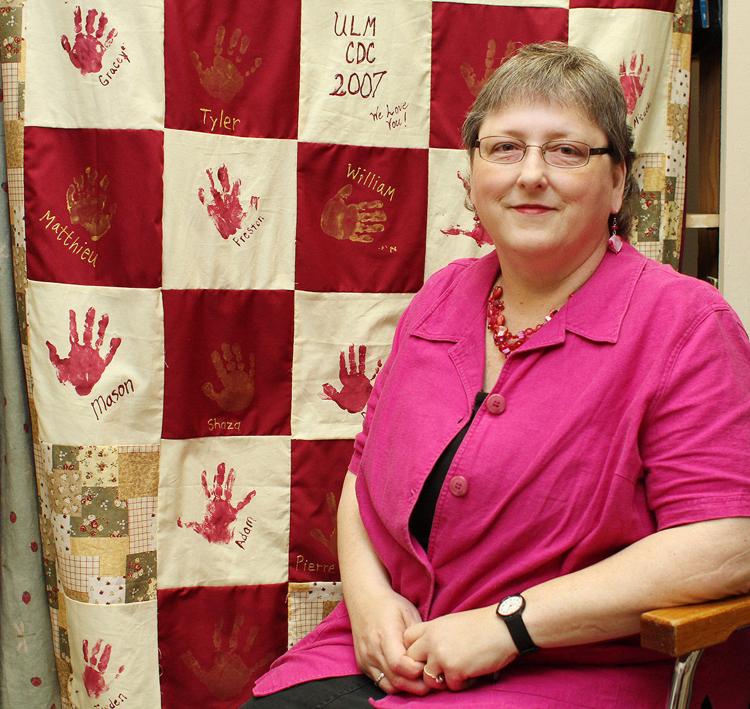 For years, Emily Williamson led ULM’s Child Development Center to success with an amount of passion and dedication that is unmatched by anyone. Even until her final days, Williamson continued to give the center her all.
Many times, Williamson was found vigilantly working at the center on her days off and late into the night. There wasn’t a day that went by, even when she was sick where she didn’t work.
Despite Williamson’s strength, she lost her battle with cancer on Oct. 27, 2019. But all of the Child Development Center’s faculty members plan on keeping the center up to Williamson’s standards.
“We are going to try to do everything we can to continue on her dream and her legacy,” said Stacy Key, the center’s assistant director. “We are going to carry on just like how she taught us and trained us.”
Williamson made sure to keep the center up to date with all of the rules on early childhood development procedures. Often, the center would be training two or three years ahead of new guidelines being announced.
Karen Ford, a lead teacher at the Child Development Center, said the center was Williamson’s “baby.” And Williamson did everything in her power to nurture and raise her “child” into something she could leave behind and be proud of after her passing.
“She’s a pioneer in this field,” Ford said. “She took the center to a whole other level.”
Part of preparing to leave behind the center involved rigorous training for the teachers. Williamson would randomly conduct pop quizzes asking questions about different protocols.
During one training session, Williamson asked the teachers what they would do if the center needed to be evacuated. After they answered adequately, Williamson stood up and told them to perform the procedure.
“All the teachers really had to go get the backpacks and go over to Hemphill Hall,” Ford said. “When we got over there, she started asking questions. ‘What were the pros and cons of coming over here?’ ‘What was the thing that we didn’t realize?’”
The teachers noticed too late that they didn’t have a key to get into Hemphill. Instead of being disappointed, Williamson simply said “What’s next?” Now, the center is always prepared to look for the next option when the first doesn’t work out.
“She was proud of our center,” said Yolanda Gayden, a lead teacher at the center. “She wanted to show it off.”