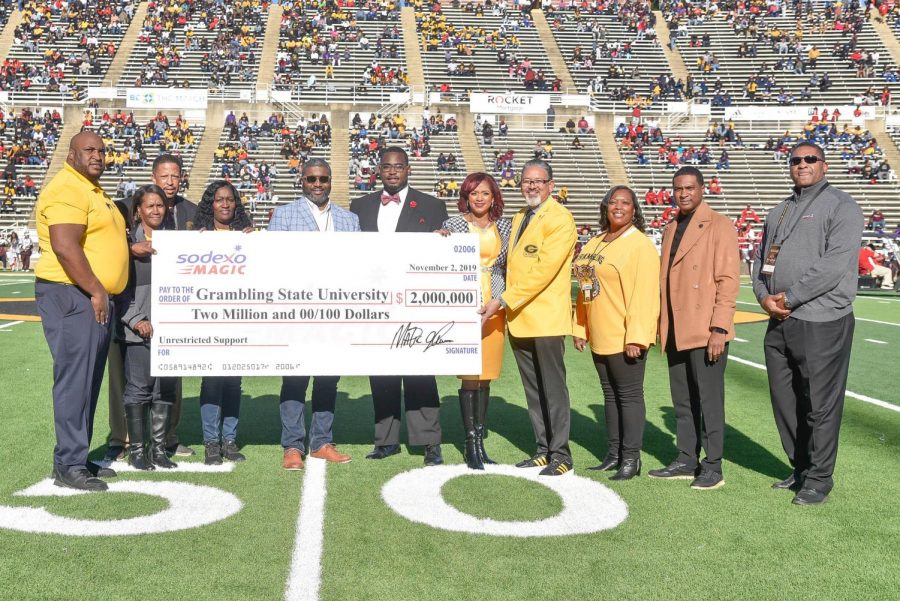 Grambling State University announced that Magic Johnson’s SodexoMAGIC donated one of the largest unrestricted gifts in the university’s 118-year history. The $2 million contributions come only four months into the multi-year partnership between the university and international food service and facilities management giant.
This July, Grambling State launched a multi-year dining partnership with SodexoMAGIC that included a host of academic and community benefits for the rapidly growing university.
The new agreement will deliver $6.7 million in facility renovations and add new, major-brand restaurants to campus. In addition to an enhanced food service program, the deal garners a $51 million return on investment built into the five-year renewal option.
The $2 million contributions come at an important time in the university’s growth as a technology leader, which includes the launch of Louisiana’s only bachelor’s degree in Cyber security and infrastructure developments like the state’s first digital library and learning commons.
Similarly, the University is established as a tech and STEM leader in higher education, having recently been approved to propose Louisiana’s first Bachelor’s in Cloud Computing and designated for a Center of Academic Excellence in Mathematical Achievement for Science and Technology.
SodexoMAGIC’s bequest will count toward the ongoing Bring It Home fundraising campaign spearheaded by the university’s Office of Advancement. The gift doubles the campaign’s $1 million goals.