Did Trump rally impact those in Monroe? (For) 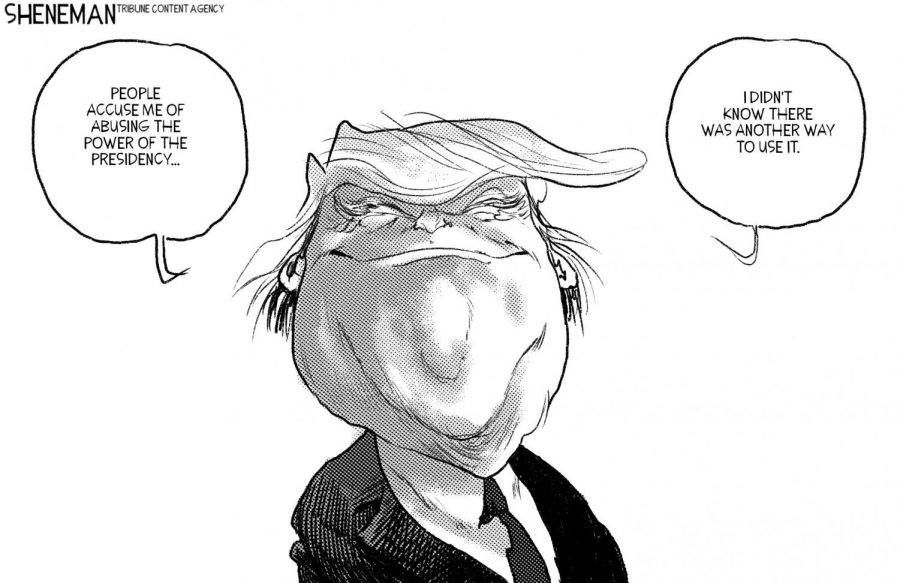 President Donald Trump. One of the most talked about people in America and possibly the world. And especially here in Monroe since he rallied for himself and gubernatorial candidate Eddie Rispone. While I don’t prefer Trump or Rispone, I think Trump’s visit to Monroe was impactful and shouldn’t be looked down upon.
Now, before I get started on why Trump’s visit was good, let’s get one thing clear- just because I think his visit was good doesn’t mean I think the rally was good. I’m just here to explain why his visit was profitable for Monroe.
First off, Trump’s visit brought money for businesses. You have to think about it. Many people in Louisiana are Trump supporters and if he was only a couple hours away you can bet they are coming to see him.
Some may have traveled to Monroe the day before the rally and stayed at local hotels. Not only that, but businesses like Two Dudes Brew and Que expected to see a big profit, according to KNOE.
There were probably people who are like my family and if they are coming for a visit, they’ll stay a day or two. So, many of the local shopping businesses in downtown Monroe and West Monroe probably received customers.
Second, Trump’s visit brought at least an awareness of the importance of voting and most likely more people will vote. Some people don’t understand concepts until they see it. So for many people, they may have not realized the importance of voting until Trump came. Maybe they didn’t vote the way you’d prefer them to, but anyone and everyone’s vote matters.
Either way, his visit was profitable. Now let’s look at the other side of the argument. Some will say he just came here to rally himself rather than Rispone. And maybe he did. But who cares?
Technically, when it was first announced on KNOE, the article said Trump was hosting a “Keep America Great” rally. So maybe he was here for personal gain, but in the end it still benefited Rispone in some way.
Also, whether you like Trump or not, it is still historic that he came to Monroe to speak. Monroe is not that big of a town, so for Trump to make an appearance here is a big deal for some.
According to KNOE, a president has not visited Monroe since Reagan in the 1980s. No matter your viewpoint on Trump, it is still a historic event and is impactful for our city.
Maybe you are worried like some about whether your vote will even matter now because President Trump spoke for Rispone and talked ugly about John Bel Edwards. Still go vote.
Your vote counts and your voice matters. Even though Trump spoke to over 7,000 people in Monroe, there are many other parts of Louisiana he hasn’t talked to. You may feel all alone in your political views with all the MAGA hats and shirts surrounding you.
But I promise you, your vote matters and your voice will be heard. Do what you think is best for this state.
Do what you think is best for this country. Don’t let anyone else define your political views.