Clarinet professor performs around the world 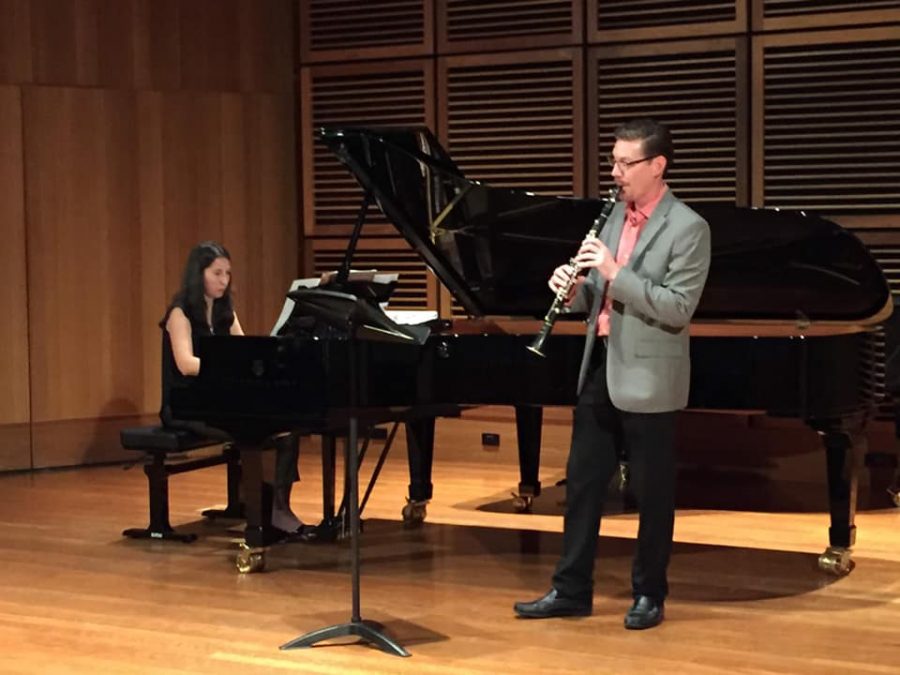 ULM School of Visual and Performing Arts associate professor of clarinet Scot Humes, recently returned from a performing recital tour including stops in Sydney, Australia and Christchurch and Auckland, New Zealand.
Humes and pianist Tania Tachkova are the musical group “duo per se.” The duo performs standard chamber works and contemporary works commissioned and written for them.
Tachkova is a Steinway artist and faculty member at 92nd Street Y School of Music in New York City.
As part of duo per se, Humes began the tour with a recital at the Sydney Conservatorium of Music, along with the presentation of a master class with the conservatory students.
In Christchurch, Humes and Tachkova performed at The Piano – Centre for Music and the Arts during a noontime series sponsored by Concerts for Christchurch.
The final two performances were in Auckland. The first being part of the “In dialogue with . . . ” series sponsored by St. Mary’s-in-Holy Trinity Cathedral Church, and the second as part of the APMA Auckland Music Festival where they also served as adjudicators for the annual instrumental competition held each year at the festival.