Beware of Germans: Save your comrades in ‘1917’ 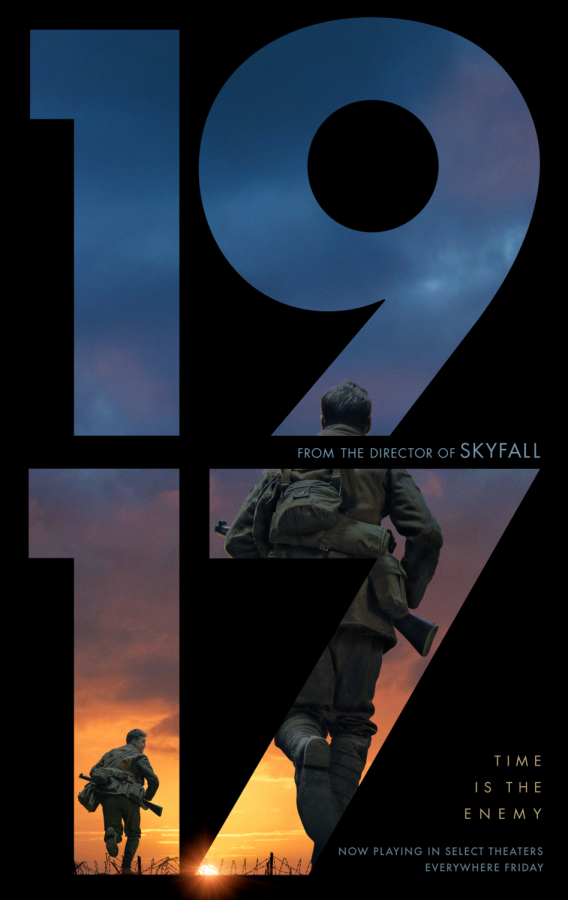 Stories about World War I always bore us. We get it, the war was bad. However, those horror stories about the cruel conditions of soldiers are all true. Dead soldiers decorated the blood-soaked battlefield. Those barely alive had missing limbs.

British soldiers Blake, played by Dean-Charles Chapman, and Schofield, played by George MacKay, are tasked to inform a fellow battalion to stop their attack on the Germans the next morning.

The Germans have set a trap. Even worse, Blake’s older brother is in that battalion. If the two men fail, 1,600 comrades will die.

“1917” keeps you tense with a bottle of anxiety. Remind yourself to breathe often. A German could be around any corner. Add a dose of tears as war comes with a high price.

This tale has a great cast who push their bodies to the limit. Chapman and MacKay work wonderfully as a duo and you root for their success. Stay close to your comrades for it may be the last time you see them.

Thomas Newman conducts the score with soft, somber ambience. Strings and piano come into play when tension or sorrow arises.

Listen and imagine yourself as a soldier crouching through abandoned German trenches. There’s no one here, but why do you tremble with fear?

One main point critics talk about with “1917” is its clever design of one continuous shot. Notice the lack of cuts you usually see. Films rarely do this but it is mostly done for pure artistry. The technique gives a sense of time in this case– our soldiers are on a time-sensitive quest.

Director of photography Roger Deakins paints with a palette of pale, dark and warm hues. Everyone looks ghostly pale, there are cloudy skies and muted colors; these are perfect colors for war.

When night falls, Deakins mixes darkness with the burning hues of fire. You only see the sun’s gentle yellow rays once.

“1917” kicked 2020 off with a loud bang and is sure to be one of its best films. “1917” is a technological achievement with great performances, mesmerizing music, beautiful visuals and an anxiety-charged adventure. Bring the grandparents and ready your rifles to find out why “hope is a dangerous thing.”