Place your bets: Who will win the Oscars? 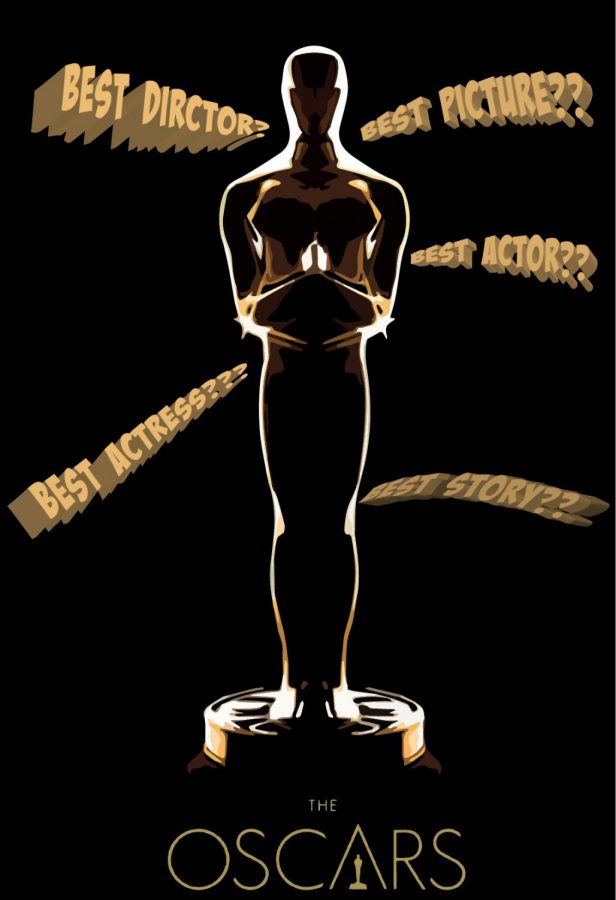 That Oscar gold smell looms near every day as we approach the biggest night in showbiz. Awards may not be important but we still want our favorite people to win.

Best Picture is possibly the most anticipated award in the show. It is appropriately saved until the end for our impatient nerves. You sit through a two-hour award show you barely care about to see if your favorite movie wins.

Films with the highest chances to win are “The Irishman,” “Once Upon a Time…in Hollywood” and “1917.” Why? Behind that shiny gold of the Academy Awards lies bias and controversy.

Directors Martin Scorsese (“The Irishman”) and Quentin Tarantino (“Hollywood”) are known as “critical darlings” in showbiz—people highly adored by critics and fans almost to a bias.

These two have created some of the most iconic films in history. Scorsese is the mind behind classics like “Goodfellas.” Tarantino directed some of our generation’s favorite films like “Pulp Fiction.”

The Academy is notorious for its strong biases. Racial activists criticize them for not recognizing black, Latino and Asian communities.

Feminists have also claimed the Oscars fail to reward women, especially those of color.

Instant outrage sparked with this year’s nominees for Best Director: Tarantino, Todd Phillips (“Joker”), Bong Joon-ho (“Parasite”), Scorsese and Sam Mendes (“1917”). So, what’s the problem? There are no women on this list.

Greta Gerwig directed “Little Women” and was the only woman nominated for Best Picture. However, she was not on the list for Best Director. Notice how the same directors are in both categories except Gerwig.

“1917” also has a great chance to win Oscar gold simply because of its genre. One theory to win the gold is to make a war drama with an A-list cast. Previous nominees are “Saving Private Ryan,” “Schindler’s List” and “Platoon.” This theory has become so true it is a joke by social media and celebrities.

But for Taylor Hughes, a senior psychology major, “Joker” should win.

“‘Joker’ did a great job showing us the reality of severe psychological disorder and what it can possibly lead to if not taken seriously.”

Regardless of controversy, these nine nominees are all fantastic films.