Students should be allowed to eat in class 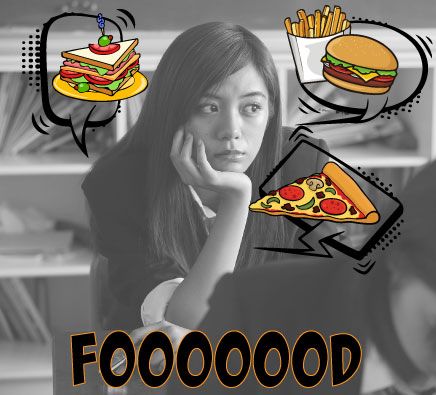 One of the first things students want to know when they start a new  course is if they can eat during class.

Luckily, some professors claim they do not care. Others, however, enforce strict “no eating” rules due to past experiences.

I think that students should be allowed to eat in class campus-wide. This should especially be the case for classes that are taken early in the morning.

According to Athlos Academies, students who skip breakfast show increased errors and have slower memory recall.

If a student happens to have a rough morning and wakes up late, he or she may not have the proper amount of time to eat breakfast.

Students should be able to take comfort in the fact that they are allowed to eat even if they ran a little behind schedule that morning.

I must also note that eating in class has saved me from completely crashing out several times.

There have been times in class when I was so tired that I had to snack on grapes or goldfish to stay awake.

If those professors had enforced a “no eating” rule in their respective classes, I simply would have been out of luck in the learning department for that day.

According to Global Citizen, a healthy brain uses 20% of the body’s energy, and energy comes from food.

We cannot expect to starve our brains of their necessary nutrients while trying to store new information inside of them. That does not ever work.

Further expanding on that point, Better Mind said hunger is tied directly to low blood sugar which quickly leads to fatigue and low energy levels—and all wreak havoc on your ability to focus.

If students are allowed to eat food in class campus-wide, attention, participation, and performance would prove to be much better. I know that the aforementioned has already proved true for me.

As I look back, I realize that I was able to spend less time out of class re-visiting lectures when I had a snack with me in class while listening.

Some people would say that nobody should ever be allowed to eat in class because it is distracting to others.

And yes, it can be distracting if you’re trying to pay attention so the professor and the person behind you is loudly crunching chips.

But the resolution to that problem is simple—eat quietly and consider others when choosing your snack.

As long as students are quiet and do not disrupt others, there should be no reason to keep them from eating in class.

When you haven’t eaten, it’s hard to focus on anything else but food.So eating in class can be extremely helpful by helping students focus on what the professor is saying rather than their panging stomachs.

As long as students have the ability to clean up after themselves after a particularly crumby snack, why stop them from munching?