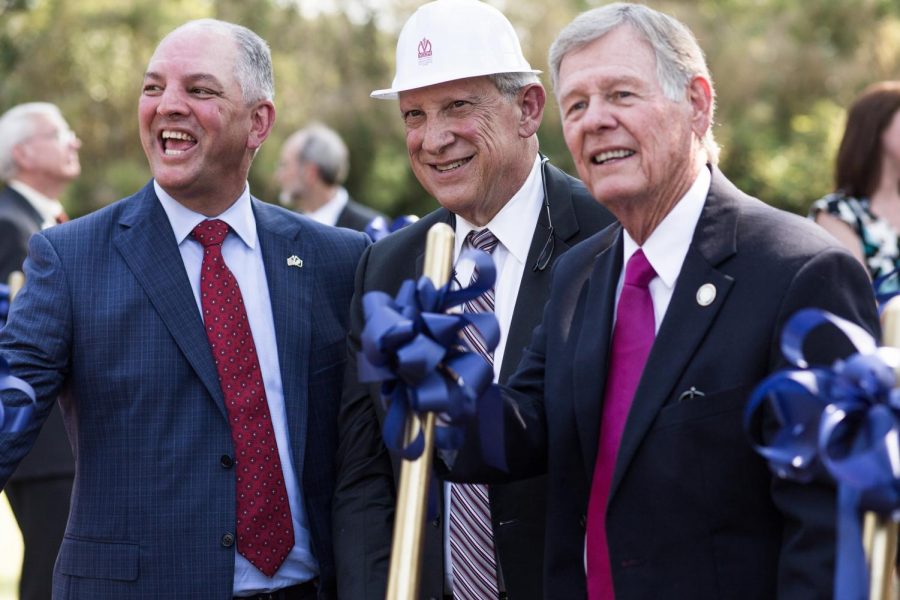 fter almost 10 years at ULM, President Nick Bruno is retiring from his post. The head of the university accomplished many things while in power but if you ask him what he sees as his biggest accomplishment he’s quick to it.

“The medical school no question. That was almost four and a half years of my life trying to recruit,” Bruno said.

While many see the medical school as a quick turnaround from its announcement to its construction it wasn’t as fast for Bruno as others think. The idea came to Bruno after overhearing some colleagues talk about bringing medical schools to their schools.

From there on, ULM’s president was on a mission. His son Steven even jokingly said the medical school was like a sibling to him with how much attention his father gave to it.

“He has lived, breathed that medical school. The medical school is like another sibling we never had. That is by far his best achievement,” Steven said.

Bruno sees the completion of the medical school as especially rewarding given how hard it was to accomplish.

“That was a long time. It was very rewarding for a number of reasons. One is because everybody said it couldn’t be done. ‘He’s losing his mind,’” Bruno said.

The main reason he’s proud of this accomplishment is because of what he thinks it will mean to the surrounding area. According to Bruno, the state is “poverty stricken” and in serious need of more medical professionals. This last issue will be tackled head on with the opening of the school.

Bruno’s wife Linda agrees with this last part. She said given ULM’s focus on other health professions it’d only make sense to add a medical school to its campus. The area will benefit from it.

“If I have to pin point it to one thing it’s that focus and that directive to be doing something not just for the university but for the region as well,” Linda said.