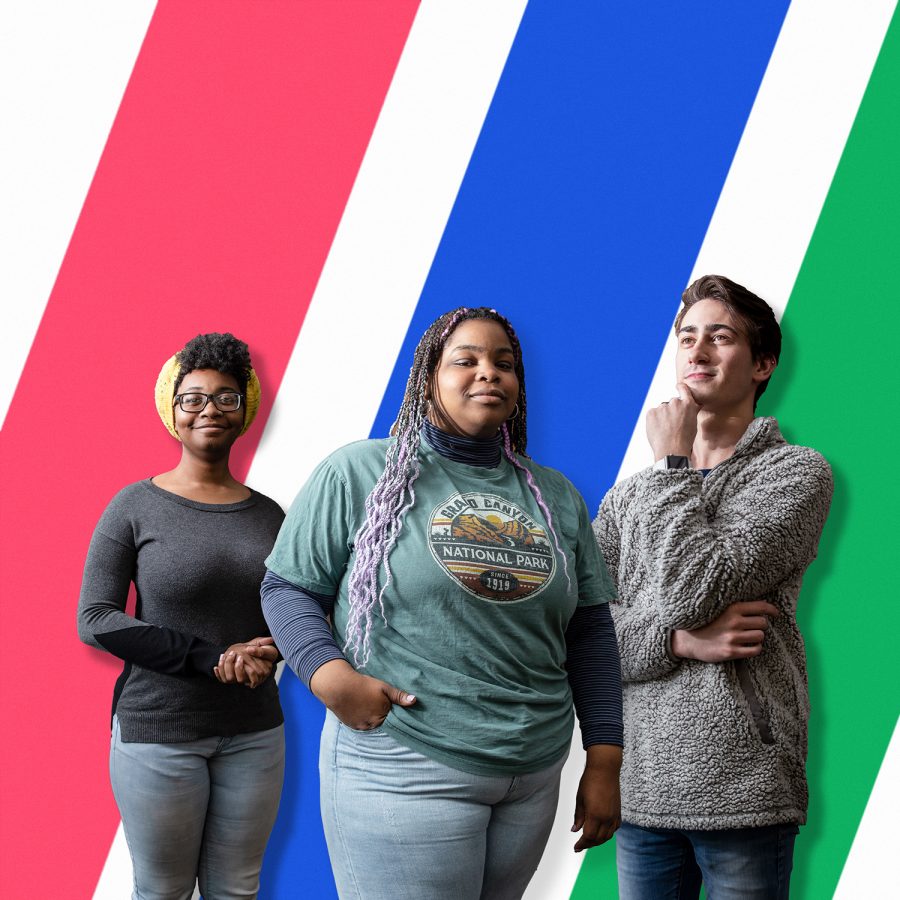 As soon as he opened the door, the smell of garlic and vinegar hit his nose. He scanned the crowded room for his friends he was meeting. His brown eyes made contact with theirs and they motioned him over to sit at the high bar stool table with them. He rested his arms on the table and immediately raised them back up because the table was sticky. While the wings from Wingstop were a good reason to be there, the group had something else as their top priority—designing an app for their class.

But not just any app; an app that could be used by all ULM students. Gage Gowan and his group were creating an app to help students access better resources for mental health. Gowan, Arielle Lain, Grace Brown and Nathaniel Flores all designed the app called TextTherapy which allows for students to talk to counselors from ULM’s Counseling Center without having to go talk to the counselor face-to-face.

“There is kind of a stigma going to therapy for people like me. I kind of have social anxiety so talking to someone I don’t know terrifies me and I know it’s like that for other people,” said Lain, a junior communication major. “The whole not face-to-face thing kind of helps.”

While TextTherapy is only a prototype and not an actual app, the group of students designed it as if it were an actual app. When you first open TextTherapy, you are greeted with the sign in where you put your ULM Warhawk email and password. Next, you can text a therapist or schedule an appointment to meet a counselor in person. When you click text therapist, an automated response pops on the screen asking, “How are you feeling today?” You can then type a response and send it.

“The idea was that you would be able to open your phone and be connected to a therapist so you could talk about current needs and issues that are bothering you,” said Gowan, a junior communication major.

They specifically designed the app for their class, Web Media Design. Charles Lilly, a communication instructor, asked for the students to design a “digital product that would in some way benefit ULM students.” Many students created apps like Bayou Buggy, an app that would call a golf cart to pick you up and drop you off wherever you need to go on campus, an alarm clock that would help you study and an avatar app that promoted self-care. For Gowan’s group, they wanted to create something that could solve a big issue.

“We felt [mental health] was something that is a big issue and something that we could play a part into helping. We can’t end racism. We can’t solve world hunger. But we can help someone work through a problem or prevent someone from hurting themselves,” Gowan said.

According to Gowan and his group, there was much research that went into creating this app. They each played a role in finding scholarly articles, interviewing students about their thoughts on the app, designing the app and researching by talking to those in the Counseling Center. According to Lilly, the research for this project was different than academic research— it involved learning methods of design research. To Lilly, Gowan’s group designed something that was well-researched.

“It’s a good research question, ‘How can we help student receive mental health care on campus’ The design was intuitive and sleek. Even though it’s a prototype it shows hard work was put into it,” Lilly said.

Gowan  and his group said they hope one day it can become a real app. Lilly said the only problem he sees with the app would be the demand on the counselors.

“The counselors’ time are already limited. To have hypothetically thousands of students wanting to text with you all the time would be difficult to track,” Lilly said.

However, according to William McCown, the associate dean of college of business and social science, that would not be the only problem to worry about. While McCown thinks it’s a good idea, he said he would be worried about it getting hacked.

“I have a little concern that it could be hacked and you might end up talking to someone you don’t want to talk to. Medical records can be hacked easily now so we have to be careful,” McCown said. “On the other hand, anything that gets people into the mental health services is great.”

Gowan and his group know that they created something that could someday be a real app for others to use. Oh, and they got an A in the class.