Students should buy from thrift shops 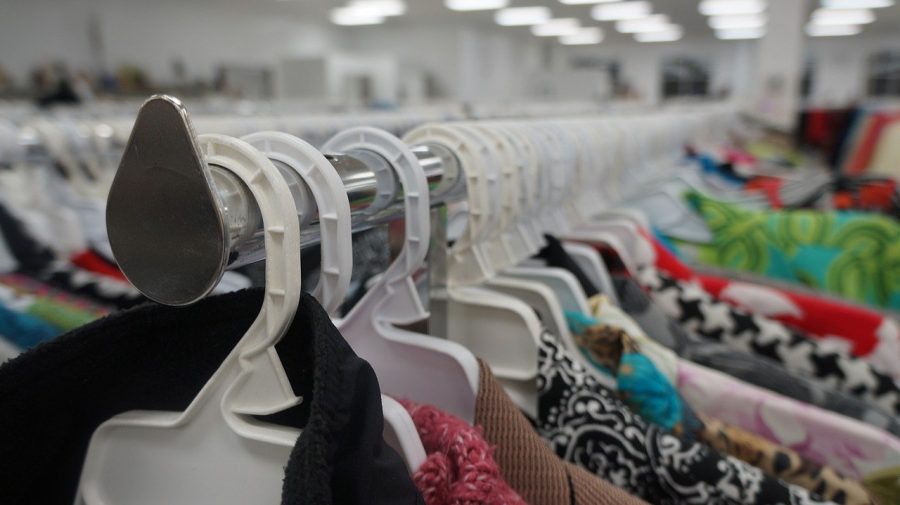 There are more benefits to thrifting clothes besides the low price. Whether you’ve “only got $20” in your pocket or $100, one of the best decisions you can make for the environment—and your wallet—is thrift shopping.

According to Sustain Your Style, the second largest polluter in the world is the fashion industry, only led by the oil industry.

Do you have a nice, bright-colored tee that you love? That shirt most likely contributed to filling the world’s rivers with toxic chemicals. Textile factories use toxic dyes to color the fabric that clothing is made with.

The water that isn’t contaminated by the fashion industry is still used by it. Water is taken from countries and communities that are in need of it for drinking and bathing to make clothing dye. According to The Guardian, 200 tons of fresh water are used to dye one ton of fabric. That water could have been available to the 750 million people without access to clean water around the world.

You can combat the ever-growing issues caused by the fashion industry by thrift shopping.

The clothing in thrift stores have already been made. There is nothing that can be done to stop the environmental issues already created by them. But you can keep them from overflowing landfills. According to The Balance Small Business, 10.46 million tons of clothing are sent to landfills annually that will take hundreds of years to decompose.

Instead of contributing to the pollution, you can put a stop to it just by thrifting your clothes at second-hand stores. There are dozens of thrift stores in the Monroe and West Monroe area. Some of the clothing you find there are from different decades, but those styles are trending again thanks to shows like “Stranger Things.”

Let’s save the environment one trendy piece of clothing at a time.