Amphitheater plans put on hold due to insufficient funds 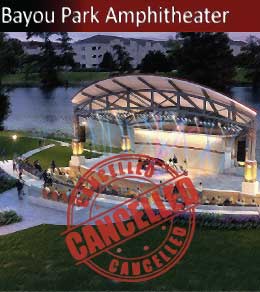 An amphitheater is no longer coming to the bayou.

According to Bill Graves, the vice president of Business Affairs, the cost of construction was “significantly higher” than anticipated.

ULM hired a contractor to estimate the overall price of building an amphitheater based on an architect’s design. When the figures came back, it was more than the administration had hoped for.

“As of right now, we will not move forward with the project,” Graves said.

The amphitheater was first proposed during a housing project 10 years ago, but there was not enough funding to start writing up plans. Now, the issue with moving forward is still the same—a lack of money.

The project was supposed to be partially funded by the Student Support Fee which accumulates about $1.5 million for multiple student organizations annually.

The Student Government Association approved of the proposed addition to campus during the spring 2019 semester.

The idea of an amphitheater at ULM was first brought up during a housing project 10 years ago, but there was not enough funding to start writing up plans.

When SGA agreed to the plan in 2019, the administration was eager to begin the project.

According to Graves, there is a chance that the project may be started again in the future.

“Additional discussions will be held later to determine how and when to proceed,” Graves said.

The estimated cost has been shared with the ULM Facilities Board.