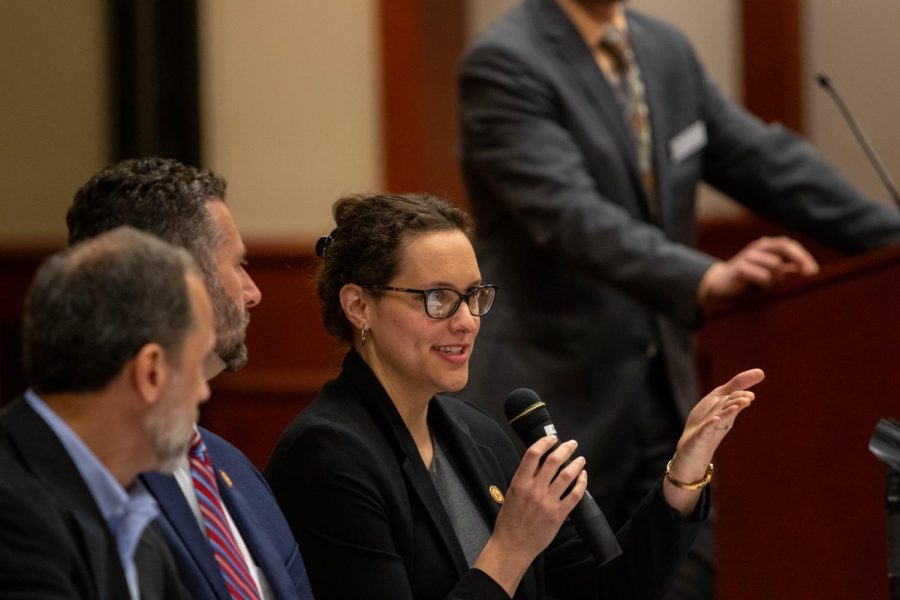 Most Americans know that the United States and Middle East’s relationship is one of conflict. However, since there always seems to be some sort of issue, it can be hard to keep up. It’s always difficult to understand what is going on in the Middle East, no matter how many articles you read.

This was the second political panel at ULM, with the first being held last semester on impeachment. It was moderated by Dr. Patrick Exmeyer, a political science professor.

Dr. Joshua Stockley, political science professor and program coordinator, spoke about how the drone strikes affected, or rather did not affect, Trump. He said that Americans become very pro-American and patriotic when we are involved in international conflict. For instance, after 9/11 President Bush’s approval ratings jumped from 34% to 85%.

Dr. Mahmoud Sheikh-Khalil, a cardiologist and Imam of the Islamic Center of Northeast Louisiana, gave some information about the history of Iran and Iraq’s leadership to give the attendees a better idea of how leadership works in those countries.

Dr. Jessica Schofield, an assistant professor of political science, explained some of the basics of what is going on right now. She talked about how Iran and the United States along with other world powers made a deal with Iran stating that they would stop production of nuclear weapons.

They could continue to do their research. They just could not weaponize it. But the United States withdrew from the deal in 2018. Now we have killed Soleimani, Iran’s second most powerful person. That’s why war is now on the table.

The panel made it easy to understand a lot of the complicated topics that are currently in the news.

“We need to increase our cultural understanding and we have to be more open to understanding why these conflicts occur,” Schofield said. “We can’t just point the finger and we can’t blame other countries or other leaders. We should try to understand first.”