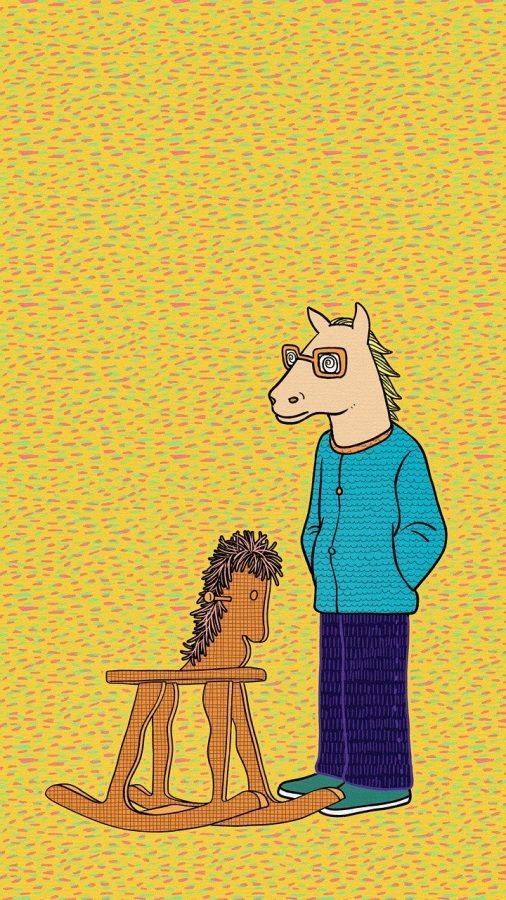 For 77 episodes, “BoJack Horseman” followed the troubled life of a washed-up celebrity horse of the same name living in Hollywoo. No, that’s not a typo—the city is called Hollywoo instead of Hollywood.

I know what you’re thinking. “This show sounds ridiculous.” But before you write it off as another stereotypical adult cartoon like “Family Guy” or “The Simpsons,” consider this: “BoJack Horseman” has a 100% rating on Rotten Tomatoes. That is one of the most difficult feats for a show or movie to accomplish in 2020.

Out of every show I’ve seen and despite being about the life of a horse, “BoJack Horseman” is the most honest and human series I have had the pleasure of viewing.

BoJack is an alcoholic and a drug addict. In the beginning of the show, he often gets away with his bad behavior because of his social status. However, as the series continues viewers watch as BoJack’s life slowly begins to fall apart around him. It is clear that his addiction effects not only his life but the lives of all his friends.

Bojack is deeply self-centered and mentally ill, and the writers of the show depict this in a way that is so raw for a cartoon.

Other issues like depression, anxiety, sexuality and womanhood are explored in the lives of other characters. For example, Princess Carolyn is a middle-aged pink cat who works day in and day out as a talent agent. The older she gets, the more she wonders if she has wasted her life by pursuing a career instead of romance or motherhood. In the end, Princess Carolyn finds her middle ground.

“BoJack Horseman” is a gut-wrenching tale that makes the audience think: What makes a person good? What is the point of life? Can a person be redeemed if they have done horrible things? The series brings up dark topics and answers them realistically. You’ll finish “BoJack Horseman” with more understanding of humankind.