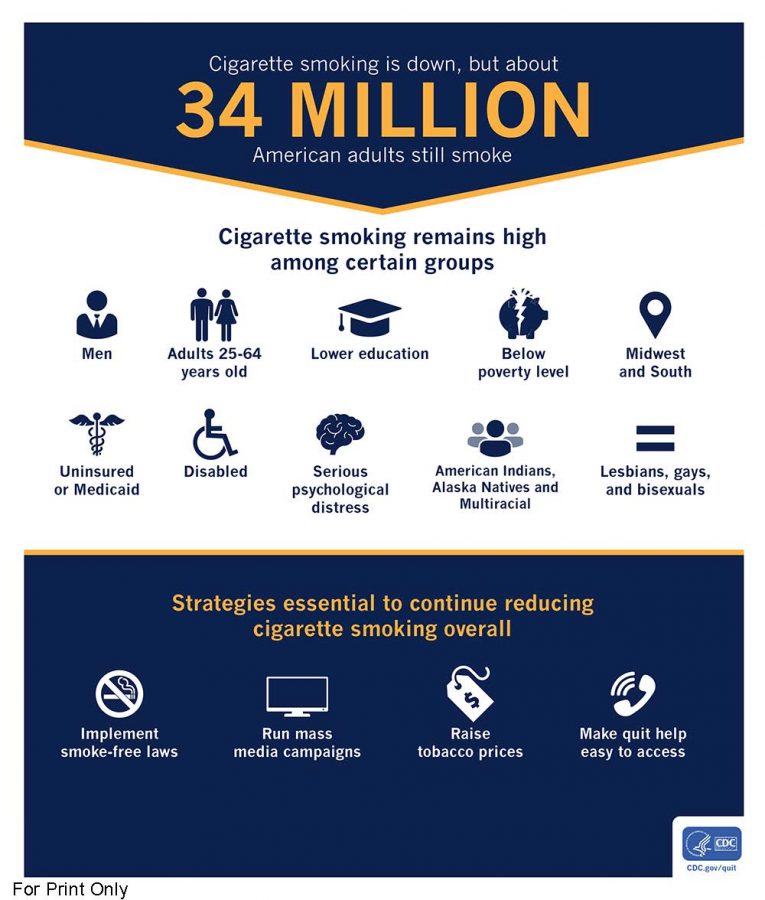 Let me be clear: I do not support the use of tobacco by anyone of any age. However, the new law preventing anyone under 21 from buying tobacco products should not have been passed. While the law is well-intentioned, it will be ineffective.
As college students, we know an age limit doesn’t stop anyone from doing anything.
You want to drink? Get your friends to buy drinks for you. You want to go to the club? Make a fake I.D. A law doesn’t stop you. And it’s no different with tobacco.
Not only do laws like these not work, but they don’t make sense. There is an old, common argument that if you’re old enough to go to war, you’re old enough to drink. It’s been said so often at this point that it has lost its effect, but it’s true. And it applies to this situation.
Once you’re 18, you’re supposed to legally be an adult. But if you can’t drink, smoke or rent a car, are you really an adult?
If the government thinks that you’re not old enough to make decisions about your own health and well being until you’re 21, then that should also be the required age to make all other important life decisions.
The argument I hear most often for 21 being the substance use age is that before that age, you’re not mature enough to make smart decisions. The Campaign for Tobacco-Free Kids said an 18-year-old’s brain is underdeveloped, so it is more susceptible to becoming addicted to tobacco.
However, the University of Rochester Medical Center said the rational part of a person’s brain is not developed until age 25. If you are reasoning that the 18-year-old brain is too underdeveloped to be making those decisions, then maybe you shouldn’t be smoking at 21 either.
Tobacco store owners don’t think the law will make much difference either. According to the Daily Independent, tobacco store owner Lisa Smith said that most of her customers are over 21 anyways.
The CDC said that only 7.8% of people aged 18 to 24 smoke regularly while 16.5% of people aged 25 to 44 do. Tobacco is mostly used by people over 21 anyways, and those underage will just find another way to get it.
If the government really wants to help, they should at least be consistent. If they’re going to make drinking and smoking illegal until age 21, you should also have to be that old to join the military and to vote. Or they should do it the other way around and make 18 the age requirement to do all those things.
Either way, there is no exact age when everyone is mature and makes good decisions, and laws shouldn’t be based off of the idea that there is.